Nothing worked, till Jesus took over | The Salvation Army
Skip to main content

Home / Church Community / Articles / Nothing worked, till Jesus took over 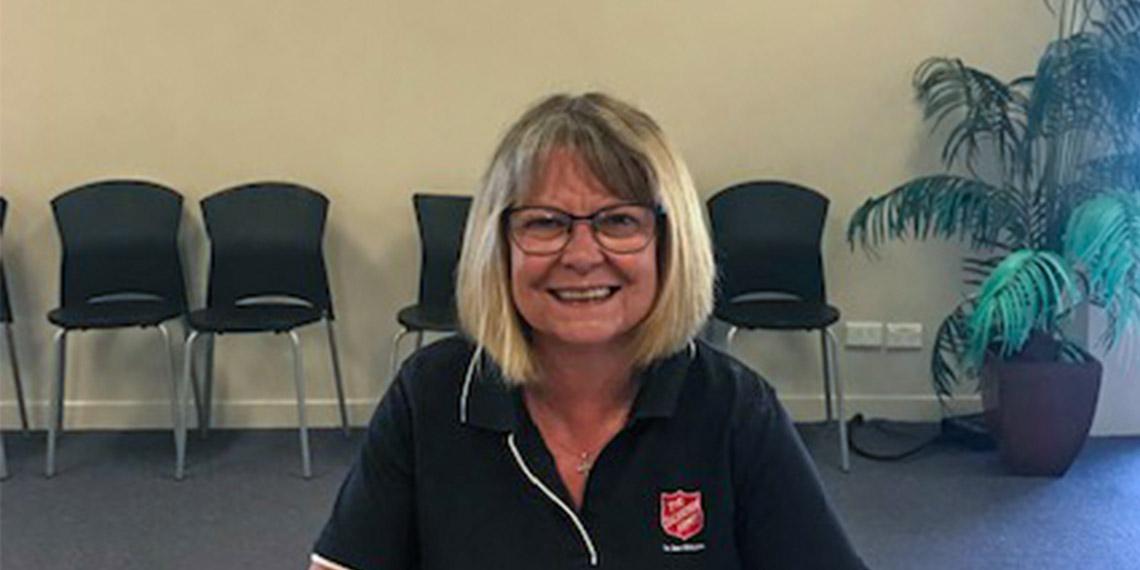 Through many trials, Debbie Whitfield has learned to trust in God’s plans for her.

It was always a dream of mine to move to New Zealand. I was lucky to come on holiday twice, then in 2001, I moved to Dunedin with my son and then-husband. We had a 10-acre block, which you just don’t get in England. That was great, but because of all the friends we’d made when we travelled up near Warkworth, we always wanted to move there. We came up north in 2005, but unfortunately, my marriage turned bad and we broke up. I found someone else, but in 2014 that all went badly wrong and I had to relocate.

As a teenager, I went to church and had a great time with the youth group. But when I married an atheist, life took over. So, when I moved to the Hibiscus Coast, I thought I’ll go to church to meet people. I’d sat down for about two minutes when a couple came and said, ‘Don’t sit by yourself, come and be with us’. God introduced me to certain people who have become my dearest friends. I just want to be there with them on a Sunday, and also at the food bank and Sallies Playhouse where I volunteer.

About 18 months ago, I began interviewing the food bank clients, which I love. My original plan was to train in Alcohol and Drug Counselling, but I don’t need to. The Salvation Army is more for my heart, and I’m doing the same thing. I have a history of alcoholism, which is now over, thank goodness. I’ve been to Recovery Church when I was in rehab at Odyssey House, and I went to the Bridge in Auckland and Henderson. Due to choices I’ve made, I’ve also been to prison for eight weeks. I can really relate to some of these clients. If I’m feeling comfortable, I share a little bit of my story, of how God saved me and how he walks ahead of me every single day. This feels like the key has gone into the door of their heart, and when I see them a second or third time, they open up even more.

I decided to let Jesus take over, because nothing else had worked. The minute I let go, it was just a huge relief. I didn’t have to worry anymore. My favourite Bible verse is Jeremiah 29:11: ‘“For I know the plans I have for you,” declares the Lord, “plans to prosper you and not to harm you, plans to give you hope and a future”’. If I have an issue, I just tell Jesus about it, and he already knows. Learning that things don’t happen immediately was a hard one for me. What you ask for, you don’t get straight away—or you might not even get—but there’s a reason. I’ve learned patience and trust.

My son, Tom, has started to ask little questions, like, ‘Do you pray every day?’ Later on, he’ll ask, ‘What did you pray for today?’ and I’ll tell him. He came to church with me on Mother’s Day; that was really nice. It’s just the fact that he’s interested. He can see how happy I am from where I’ve been, and how proud I feel to be identified as a Salvationist. I’m an adherent, and I’m wanting to be a soldier one day. My godson Mark, from the UK, is living in Auckland and has been to church with me once or twice. My landlord is a non-believer, but he’s promised to come at least once a month, and that blows me away. He could have said he’d come twice a year, but he said once a month, so that’s awesome.