The Paradox of Christmas | The Salvation Army
Skip to main content

The Paradox of Christmas 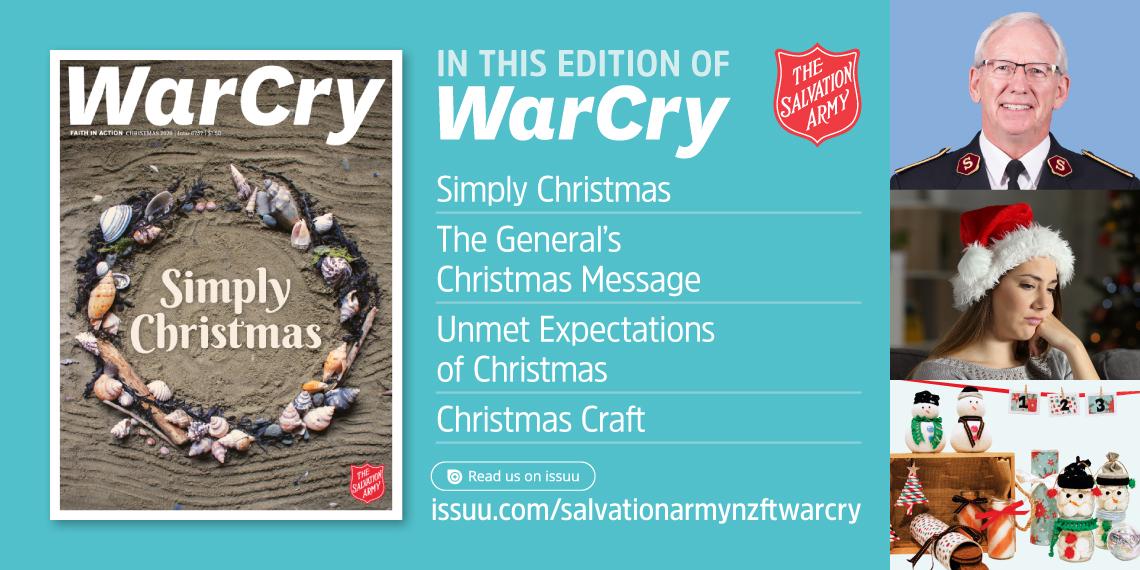 This Christmas edition of War Cry we celebrate a pared-back Christmas, a simple Christmas, which features Jesus Christ—the King of Kings and Lord of Lords.

The birth of Christ that first Christmas was a paradox. In his humanity, he was descended from a royal dynasty, the bloodline passed down to his mother Mary and his earthly parent Joseph from King David and his wife Bathsheba. He was also King and Creator of the Universe who left his kingdom and became like us.

Contrast this with the circumstances of his birth: a young couple away from family support, the only place to give birth a stinky stable—no midwife, no hot water, no sterile instruments. How disconcerting it must have been for Mary and Joseph to grasp the enormity of the eminence of their first-born and wonder at his rudimental beginnings.

The paradox of shepherds fresh from tending sheep gathered in all their simplicity, along with the Magi who came resplendent, bearing costly gifts that spoke of a time in the baby’s future when he would offer himself a sacrifice for all humanity. The myriads of angels rejoicing while the local populace of Bethlehem remained ignorant to the momentous event that was happening that night in their village.

In the royalty and humanity of Jesus Christ we have a Servant King. A king who washed his friends’ feet, had no place to lay his head and died naked on a cross.

This Christmas, let’s set aside the noise and activity, the tinsel and the trimmings and focus in on Jesus, our paradoxical saviour: creator and creature, master and servant, born yet always existed, fully man and fully God. He is indeed worthy of the honour.

John 1:14
The Word became flesh and made his dwelling among us. We have seen his glory, the glory of the one and only Son, who came from the Father, full of grace and truth.