Your Vote Counts | The Salvation Army
Skip to main content 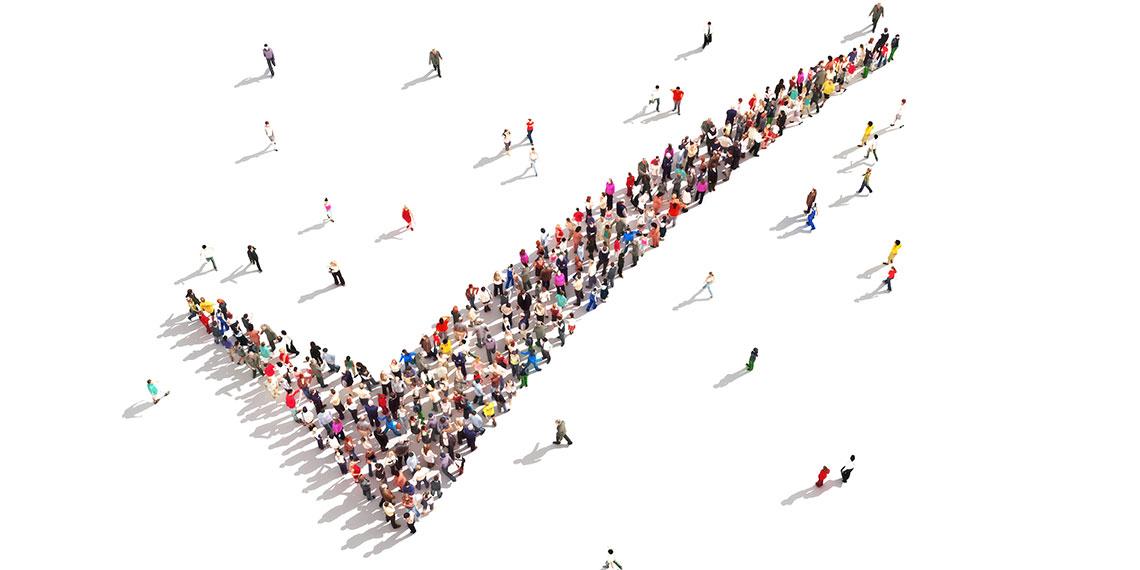 Our country has voted. The months of election hype are over. Did the polls get it right? Did the Covid-19 response swing the result as predicted? But are there higher stakes than this year’s election?

It was astounding to hear that the one-month delay to the election meant that 5000 people aged 17 would turn 18 and become eligible to vote. Did they scramble to get themselves on the roll
in order to vote?

Because it’s not compulsory to vote, many choose not to bother. Indifference is not uncommon and people may think, What difference will one vote make? Nothing’s going to change. The passive approach—what will be, will be—could leave a person without the right to criticise when there’s a downturn.

At the opposite end of apathy, are those who are passionate and engaged in working for the good of society and upholding their party’s stance. It’s one thing to vote for a certain candidate or party, it’s a whole other level to become a member of a party and commit your time, funds and active support.

When a local candidate knocked on our door a month ago, I realised how passionate I was that godly values be upheld, and that we can only believe for God to ‘defend New Zealand’ if we are actively involved in bringing about transformation.

Politics and religion have typically been two ‘hot potatoes’, the no-nos of conversation in some circles, likely to spark heated debate and strong feelings. On one occasion, Jesus’ opponents tried to bait him along political lines.

‘ “We know you don’t play favourites and you teach the way of God truthfully,” they said. “Is it right to pay taxes to Caesar or not?” Jesus asked for a coin. “Whose picture and title are stamped here?” he asked. “Caesar’s,” they replied. “Well then, give to Caesar what belongs to Caesar and to God what belongs to God,” ’ (Matthew 22.16–21, abridged, NLT).

His reply stunned them into silence.

Jesus promoted an attitude of respect and honour to the governing authorities. Although the Jews hated the Romans who were ruling at the time, they were expected to be both law-abiding and God-honouring citizens. The deeper-seated issue behind their question showed their motives. The Pharisees could not accept Jesus as God. It wasn’t just a benign denial of Jesus as Son of God, but a hot-blooded defiance. Jesus got under their skin. They wanted him arrested, gone, out of the way.

Israel is a chosen people, the people through whom God brought salvation and redemption to the world. Yet, at that time, God despaired as he saw his people defiantly veering off, losing their moral compass, cosying up to the customs of the nations around them, apathetic to their calling to be set apart as a holy nation.

As the resettling of the Promised Land neared completion in Old Testament times, Israel had totally lost the plot. They wanted to blend in, be like the nations around them. Their leader, Joshua, called for a vote.

‘Now fear the Lord and serve him with all faithfulness. Throw away the gods your ancestors worshiped beyond the Euphrates River and in Egypt, and serve the Lord. But if serving the Lord seems undesirable to you, then choose for yourselves this day whom you will serve, whether the gods your ancestors served beyond the Euphrates, or the gods of the Amorites, in whose land you are living. But as for me and my household, we will serve the Lord,’ (Joshua 24:14–15).

The people responded to the challenge and swore allegiance to God. Yet, little by little, they veered off again, and God permitted their land to be pillaged by invading armies. A series of judges brought them back to the plumbline of God’s righteous demands.

The people were consumed with idolatry. The 400 prophets of Baal set up their altar and pranced about for hours begging their god to answer. There was silence—no reply, no response. Elijah called the people to gather round. He repaired the altar, laid out his sacrifice, then lifted his hands and voice to the living God. Immediately fire flashed down from heaven and burned up the sacrifice. ‘When all the people saw this, they fell prostrate and cried, “The Lord—he is God! The Lord—he is God!”’ (1 Kings 18:39).

God wants followers who are passionate and wholehearted, not ashamed to bear his name—Christ-ones. Not afraid to show allegiance as believers, actively seeking to make his name great, and bring about his kingdom on earth. Not fence-sitters, wavering between worldly opinion and the truth of God’s Word.

Earthly leaders have their day in the sun, then they too will fade. The tide of popular opinion will turn. As citizens of our land, we are subject to the governing authorities—whoever they be—we pay our dues and enjoy certain rights and privileges. But there’s much more to life than the here and now. We were made for a greater destiny.

Our God is worthy of all blessing and honour. We render to him all glory and praise. As people of God we have dual citizenship. Our names are registered in the Lamb’s Book of Life. He too has an agenda. We partner with God to bring about the kingdom rule and reign of Jesus Christ, the one who declared, ‘I am the way and the truth and the life’, (John 14.6). He is the one who fulfills all his promises. We await his coming, a harvest of seed sown, prayers and intercessions for our country. Righteousness exalts a nation, But sin is a reproach to any people (Proverbs 14:34, NKJV). We long for revival in the church, transformational change in society.

The good news is that all are eligible to vote for his rule in their hearts and lives. There is no age barrier. It’s not ‘religion’, it’s relationship that matters. These days are critical! Your vote counts, not only for these days but for eternity and the Kingdom of God to come.