Zombody save us | The Salvation Army
Skip to main content 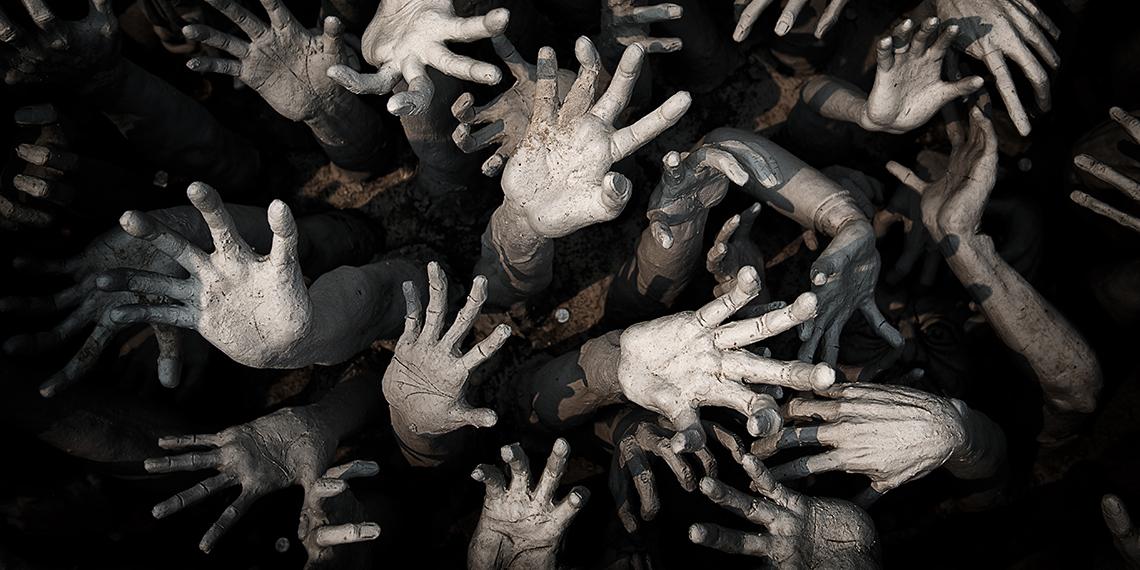 The zombie apocalypse has arrived in New Zealand! Filming has begun for a bizarre new reality show called Zombody Save Us, on location at Spookers—Auckland’s ‘scream park’ attraction.

With $10,000 prize money up for grabs, zombie-obsessed applicants have responded enthusiastically to the tag line: ‘Do you have what it takes to survive the scariest, most terrifying ordeal ever created in New Zealand?’ Applicants for the show—dubbed ‘Spookers meets Survivor’—have been asked provocative questions like, ‘What household appliance would you use to kill a zombie, and why?’

So what’s our fascination with zombies really all about? Is it just a pop-culture fad? Theologians believe it goes deeper than that, with the emergence of ‘zombie theology’ (yes, it’s a real thing!), which argues that most of us recognise we all have a bit of zombie in us.

Zombies, of course, disregard the wellbeing of others to get what they want. They are mindlessly absorbed with satiating their hunger (in a zombie’s case, brains or flesh!). Our fascination with zombies could be seen as an alarming glimpse into who we could become without Christ.

The Zombie Gospel, by former Salvation Army officer Danielle Strickland, is a compelling analysis of the popular zombie TV show The Walking Dead. Strickland delves into the show’s themes of human suffering and the importance of rebirth and hope, claiming that ‘God is shouting for a new humanity through a medium that may offend us in order to awaken us’.

The rapid rise of dystopian films, featuring humans infected by zombies in a post-apocalytpic ‘earth as we know it’, raises questions about what it means to be truly human. It is usually some devasting ecological collapse or cataclysmic medical event that has plunged humanity into this pursuit of basic human needs. In other words, it’s usually our own pride and arrogance as a species that sparks our demise into zombie domination.

It may sound outlandish, but is it really so far from our very real culture of greed that is currently hurtling our planet towards annhiliation?

Zombie-like obedience to Christ is a metaphor I now consider somewhat dangerous, since part of a rich faith journey requires questioning and independent thought. But I can’t fully dismiss it either, because I still have a desire to be totally devoted to Christ.

Zombody Save Us could well be more than just a bizarre alternative to reno and cooking shows. After all, the juxtaposition between the undead and the living dead (which one are we as Christians again?) leaves more than enough food (and brains) for thought. So let’s not dismiss the opportunities for us to have intelligent and meaningful faith conversations when Zombody Save Us hits our screens later this year.