Raewyn and Ian McLaren have cared for 74 foster babies. 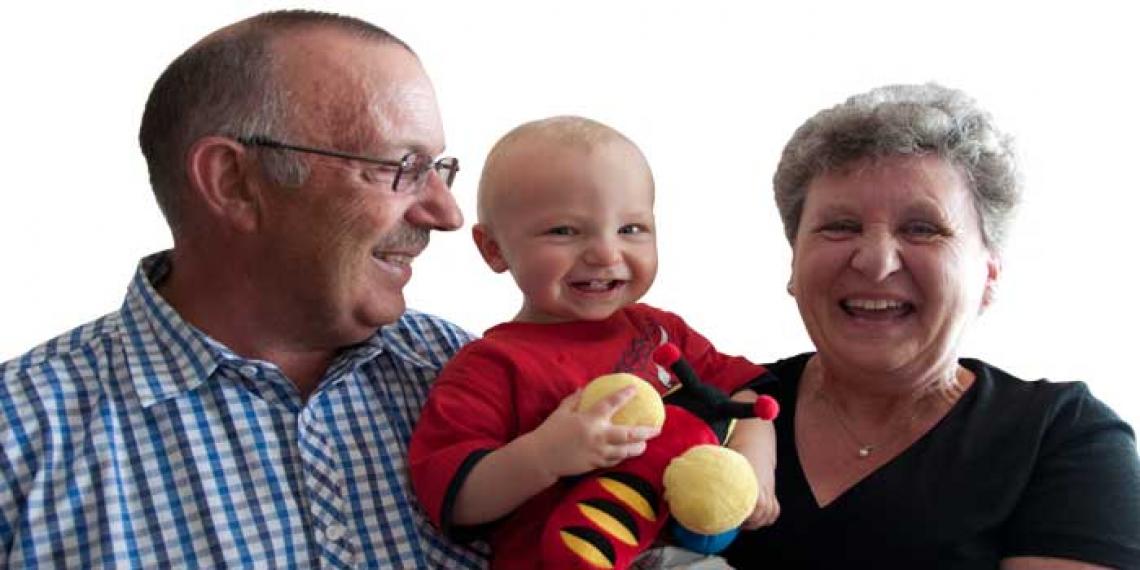 As award-winning foster parents to newborn babies, Raewyn and Ian McLaren have cared for 74 babies … and counting. They are foster mum and dad to some of New Zealand’s most at-risk babies, looking after newborns taken in to Child, Youth and Family (CYF) care due to severe neglect or abuse.

Often, babies come to Raewyn and Ian when they are just hours old, arriving with nothing except the clothes found for them by a social worker, and their lives already tell a tragic tale. ‘But if we can give them as much TLC as possible while they are with us, who knows what effect that can have throughout their lives?’ says Raewyn. ‘We’re simply fulfilling a need.’

‘It’s a natural thing to do,’ agrees Ian. ‘It’s a practical expression of Christian love.’ Raewyn has the 24/7 job of looking after the babies, while Ian describes himself as ‘the support person’, maintaining his full-time role as national Property Secretary for The Salvation Army.

They will never forget the first foster babies they cared for—premature twins, who arrived just days after the phone call from CYF. ‘It was all go. We had to do CPR and first-aid training, and within four or five days we welcomed them into our home,’ says Raewyn.

‘They were five pound [2.3 kg] poor little things when we saw them,’ remembers Ian. Like any parent, they worried that the twins would be alright. One day, one of the twins did stop breathing, but miraculously, the community midwife was visiting and was on hand to help, calling an ambulance straight away. Perhaps an even greater miracle was that when the twins left them three months later, they had transformed into healthy ‘six kg chubby chops’.

Eleven years since those first special arrivals, Raewyn and Ian are still ‘nana and poppa’ to the twins—as well as many others who keep in touch regularly with progress reports.

Since those first babies, the phones calls from CYF have never stopped. Sometimes the call will come when a baby is just hours old, and the infant arrives on their doorstep the very same day. At other times, Raewyn will work with the social worker while the baby is still in hospital. The McLarens care for each baby as long as they’re needed, while social workers find them a more permanent home.

A crucial part of their role has been looking after drug-dependent newborns. One little girl, who was ‘very badly addicted to drugs’, holds a special place in their hearts. Raewyn visited her in hospital three times a day, for six weeks, before she was finally able to come home with them. ‘I’m a great believer in bonding with a child because they have to learn to trust in you, and you have to love them.’

Ian vividly remembers the troubled cries of the baby girl. ‘I remember her crying and crying one Sunday morning. It took 20 minutes of me cuddling her really tightly, before she finally calmed down.’ The baby stayed with them for eight months.

Today, she is a bubbly young girl who regularly attends the corps with them, and is very much part of the family. ‘Now we have the best of both worlds,’ says Ian—clearly a proud poppa as he shows off a photo album dedicated to her.

Raewyn and Ian are honest that caring for foster babies has opened their eyes to ‘the other side of life’. It can be ‘heart-wrenching work, but very rewarding’. But it has made them more compassionate towards those mums whose drug and alcohol dependency strips them of their ability to care for their baby, or who lack life skills due to their own upbringing of abuse and neglect, or other personal hardships.

‘You do feel for them, and it does make you more compassionate,’ says Ian. ‘You realise that without God there is no hope, but we have faith and that gives us hope.’

As well as foster babies, Raewyn and Ian care for newborns being placed for adoption. Under New Zealand law, a mother must take at least 12 days after the birth to decide whether she wants to go ahead with an adoption. During this time, many of these newborns come into Raewyn and Ian’s care.

Looking after adoptive babies brings a different set of heartbreaking challenges. The youngest mum they have worked with was only 12 years old. But typically, she may be a university student living away from home, who has concealed her pregnancy from her parents. While Raewyn and Ian care for the baby, a social worker helps guide the young mum towards the best decision for her. ‘They can’t push, but they will guide and help the young mum to make contact with her parents if she wants to.’

Then, Raewyn and Ian’s home becomes a meeting place for new grandparents to meet the baby for the first time. The situation is often fraught, but they’ve seen many moving outcomes as a result: grandparents who immediately take the baby into their care, and dads who step up to the mark. One woman had already adopted out two children, and hadn’t told her former partner of four months that she was pregnant. ‘She ended up telling him about the baby by text. He looked like a stunned mullet when he came around. But he said, “Right, that’s it, I’m going to raise this child.” ’

If an adoption goes ahead, Raewyn and Ian also provide a safe place where the new adoptive parents can come and bond with the baby, while the adoption process is worked through.

In 2010, Raewyn and Ian were recognised by New Zealand’s Foster Care Federation, known as Fostering Kids, with an ‘Excellence in Foster Care’ Award. But Raewyn is modest about her role as a life-changer to foster babies. ‘I don’t want to stand out at all … I don’t want a big fuss. It’s just a natural thing to do.

‘We do it for the love; that’s what we can give to each child.’

WAYS YOU CAN PROVIDE FOSTER CARE:

There are several different ways to provide foster care in New Zealand through CYF. Some offer children a home for life, while others take care of children for a short time. Some foster carers specialise in teenagers, children with disabilities, or like Raewyn and Ian, care for babies.

There are four main types of foster care:

Foster care, generally, is for a period of time with the goal that the child or young person can return home or be placed with a permanent family. Depending on the nature of the issues, they may be with you for weeks or months.

Emergency care is when a child has to be removed from a dangerous situation, and may come to you at short notice. They may be with you for just a few days, or longer.

Respite care is looking after children for a short period as a support for their main carers. You will often take on a grandparent, or aunty/uncle type role.

Home for life is when a child is not able to return home and you become their lifelong carers, as part of your family (see page 10 for more information on this type of care).

The main foster care agencies in New Zealand are: