Inside The Shack | The Salvation Army
Skip to main content

William Paul Young, the author of The Shack. 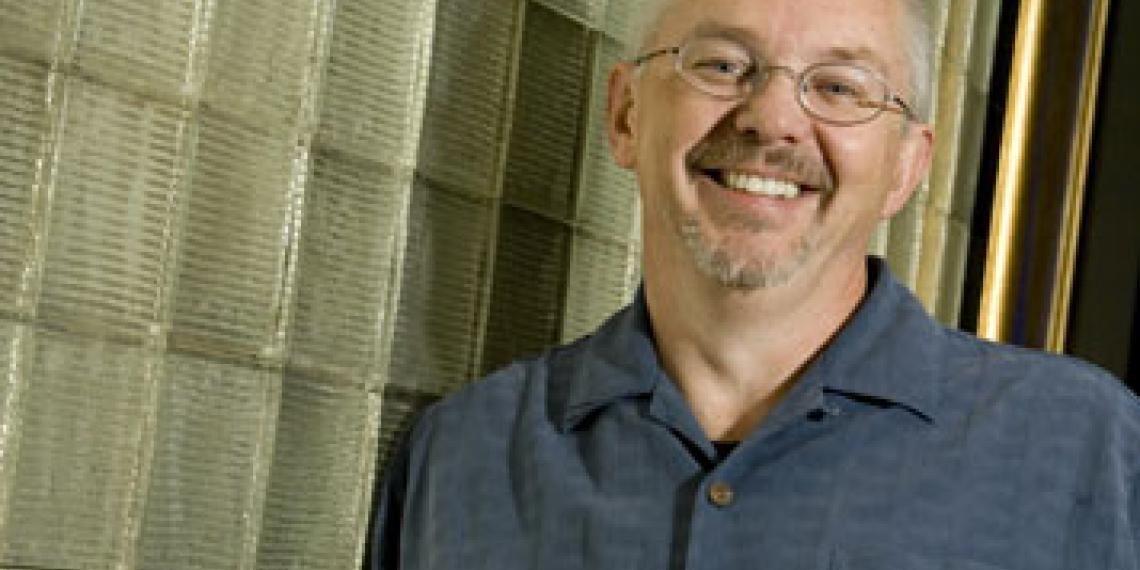 In a recent trip to New Zealand, author William Paul Young—or Paul as he is known—was moved to hear that much of the devastation from the earthquakes in Christchurch was because of the buildings’ decorative façades. Paul sees in this a personal metaphor for his life: ‘That’s what we do—that’s what I did. I built a beautiful façade for myself, but it was hiding the shame and pain of my shack.’

Unlike most authors, Paul is unabashed about admitting that The Shack is as much his story, as it is a novel. After spending years healing from abuse and addiction, he wrote the story for his children.

‘The Shack was written as a gift. We had no money for Christmas that year, so I printed out 15 copies and gave them to my six children [now aged between 18-31], my wife, and some friends,’ explains Paul. ‘I didn’t want my children to have the caricature of God that I had grown up with, of God as “Gandalf with attitude”—of a God who disapproves of us—because that God never healed me. God is good all the time, he is a relational God, and that was what I wanted to portray to my family.’

Paul says he chose to write his journey as a novel simply because he ‘loves story’, saying, ‘When we tell our story we enter the depth of each other’s soul and it slips into the places of our hearts.’

What happened next hints at the hearts that his personal story has touched: friends passed on the manuscript to others, and Paul found himself making more and more copies to give away. ‘Then I started to get emails from people I didn’t know,’ says Paul. ‘I was approached by some people who wanted to make the book into a film, so that started the conversation about being published’—something that was never in Paul’s imaginings.

But his book was rejected by publisher after publisher. ‘The faith-based publishers said it was too edgy, and the secular publishers said it had too much Jesus in it. We were rejected by 26 publishers. No one wanted it.’ Eventually, two collaborators printed 11,000 copies using their credit card. The book was only available through a website they created, spending less than $300 on marketing. That year, they shipped out one million copies. By 2008, The Shack had hit number one on the New York Times Bestseller list, where it stayed in the top spot for over a year. Today, there are more than 20 million copies of The Shack in print, in 40 languages.

Paul freely admits that he is Mackenzie, the central character of the story, whose daughter is abducted and taken to an abandoned hut where she is killed. Mack is invited by God to re-visit the shack, where he meets a big-nosed Jewish Jesus, God in the form of a matronly black woman called ‘Papa’, and Sarayu, the nymph-like Holy Spirit. The rest of the story reads more like conversations with God, on everything from heartache and judgement, to heavyweight theological issues like the nature of the Trinity and the cross of Jesus.

Through his experience, Mack is able to come to terms with ‘the great sadness’ that envelopes his life. Like his character, Paul says he lived with his own ‘major sadnesses’. As the son of missionaries, he grew up in a primitive tribal culture in West Papua New Guinea from 10 months old. He was the first white child and outsider to ever speak their language. ‘I saw no difference between them and my own family, and there was love and affection, but there was also sexual abuse,’ Paul says simply. Then he was taken to boarding school aged six, where he was again abused by the older boys.

Paul describes his missionary father as ‘a great man—a religious and angry man’. ‘He didn’t know what to do with the rage inside. As his first-born son, I was told consistently and often that I was not good, so my only defence was to try and be as good as I possibly could.’

As a teenager, Paul and his family returned to their home in Western Canada, but constantly on the move, he attended 13 schools before graduating from high school. By this time, Paul had learnt to survive by creating the perfect Christian façade. He paid his way through Bible College, and met and married his wife Kim. He worked for a large suburban church while attending seminary in Portland, Oregon, which is still home today.

‘I performed well. I’ve always been a storyteller, but I was lying and trying to keep all the stories coherent,’ he says. ‘I tried to stuff down my addictions with self-discipline. And I’m not talking about the obvious stuff like pornography; I’m talking about the addiction of wanting approval—from my father, from others and from God.

‘I married someone who doesn’t know how to be more than one thing,’ says Paul. ‘Me—I’d never been one thing. There was a huge amount of internal pressure to perform as a husband and father. Love, to me, was all imitation and following the “rules” of relationships.’ And he adds, ‘But none of these rules healed my heart.’

It all came to a crashing halt when Kim discovered he was having an affair with one of her best friends. ‘The grace of God was that I got caught. Kim pushed me to face my garbage,’ says Paul.

He spent four days confessing all his secrets and lies to his wife, and another 11 years learning to live openly in his ‘shack’—the secret place he had kept hidden for so many years. ‘The heart of every human being is like a house. Other people help build that house, and it’s where we keep our addictions. We try and keep the doors shut and everything hidden inside. It’s a place of shame and of pain. We think God hates it, so we try to hide it from him,’ says Paul.

All the churches, seminaries and Bible colleges he attended, had not invited Paul to know the God of grace. ‘A lot of us who grew up in a religious environment didn’t know that we could be healed, because we kicked out the people that were hurting—which, of course, doesn’t make the rest of us want to be open about our own hurts,’ reflects Paul. ‘A lot of us don’t know that God is trustworthy, and that his affection for us is relentless.’

When The Shack became one of the past decade’s most surprising runaway hits, Paul had to decide whether his own story would shrink back into secrecy. Instead, he began using it to tell others about the ‘mystery of God’s grace’.

But not everyone has been touched by this message, and for all the fans, there are also foes. One of its most vehement detractors is Mark Driscoll, pastor of the Mars Hill megachurch in Seattle, who infamously said: ‘If you haven’t read The Shack, don’t!’ He slammed the portrayal of God as a black woman, calling it ‘goddess worship’, and the Trinity’s ‘circle of relationship’ as undermining the three different persons of God.

A microcosm of these polarising reactions was experienced right here in New Zealand, by organisers of Paul’s speaking tour in January this year. Lynne Mitchener of Orama Christian Fellowship—a non-denominational Christian Conference Centre on Great Barrier Island—read The Shack and ‘just loved it’. After being touched by his personal story, she invited Paul to speak at their summer camp. But she was surprised to receive almost entirely negative feedback from the churches they approached, who labelled the book ‘new age’ and ‘universalist’.

‘So I researched the controversy,’ says Lynne. ‘I re-read The Shack, looking out for anything heretical, and I decided that if there was any heresy there, it was so hidden that it could not have been [Paul’s] intention. We decided to go ahead, and trust God to open the doors.’ After that, faith communities began approaching them, including organisations as diverse as Carey Baptist College and the Willow Creek Association, as well as mainstream churches. On his visit, Paul spoke to around 1000 people in Auckland, Hamilton, Taupo and Christchurch.

Feedback from his New Zealand talks mirrors the superlatives used by fans worldwide: ‘outstanding, stupendous, life-giving’ and ‘transformational’ were some of the typical responses.

When I gingerly bring up the controversy that often surrounds The Shack, I’m surprised by Paul’s enthusiastic response: ‘I love the controversy!’ he exclaims. ‘I was that person 15 years ago, when I had a lot of ideas about the “right” way to view God, but he destroyed that with his grace.’

And he gently gives his critics a lesson in metaphor. ‘In the Bible, God describes himself as a woman who loses a coin, an eagle, a rock and a mother hen,’ he says. ‘I grew up in a black culture, and depicting God as a black woman felt like a natural way of portraying the God I had come to know,’ he says—although intriguingly her character’s name is Papa. ‘I wanted to get as far away as I could get from the disapproving, unreachable, masculine view of God that I had grown up with.’

Nor is Paul shy about weighing in on some heavy theological issues. He calls the common perception that Jesus died on the cross to bear the wrath of God on our behalf, a ‘very prominent theological myth’. ‘It took me 50 years to wipe the face of my father off the face of God. It makes sense to us as a culture that God has to pour out his wrath on his son … but when Jesus couldn’t feel the presence of God on the cross, it was because he entered our experience. For Papa was in Christ, reconciling the world to him.’

Paul estimates he’s received over 100,000 emails and letters from people who have been touched by The Shack. ‘I’ve been able to speak at the Atheist Book Club, a stadium, a new age conference, the biggest book fair in Brazil. I get invited to have these conversations, and I love that because the Holy Spirit cares for every single human being.’

And with a catchphrase that will be familiar to all fans of The Shack, he sums up his message: ‘It took me 50 years, but I know that God is especially fond of me.’