A karakia for New Zealand

Cindy Ruakere is best known for her prayers for Aotearoa. 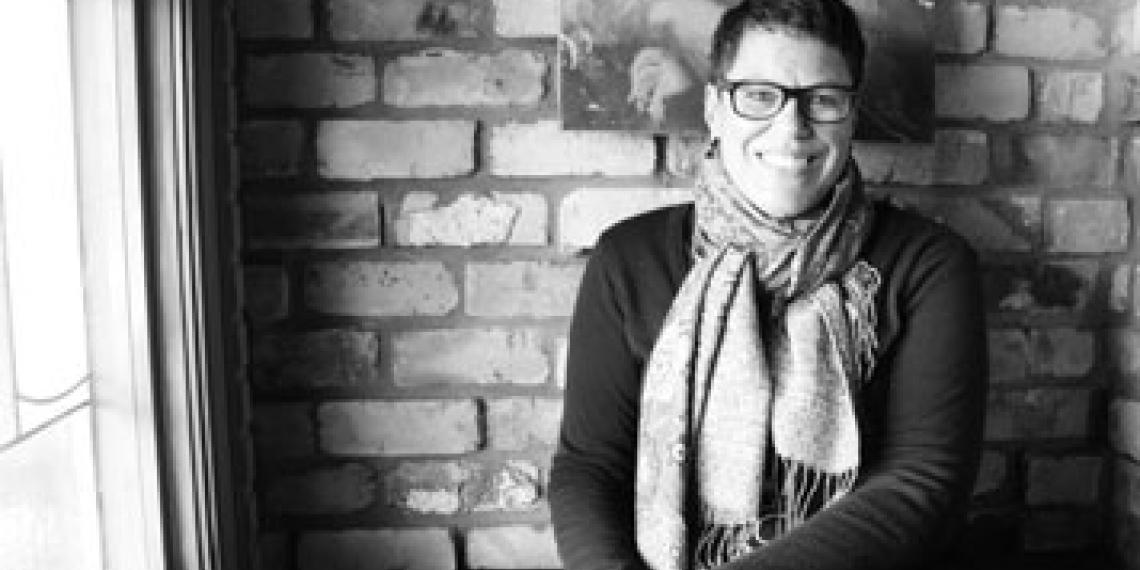 However, having both Maori and Pakeha heritage, what describes Cindy best are her prayers—the longings of her heart—for Aotearoa.

It was massive revival,’ says Cindy, visibly excited. ‘Half to three-quarters of the Maori population came to Christ [in the mid-1800s]. That is miraculous. And it was genuine conversion. Not only was there revival, but there was reformation. Within a decade, cannibalism was eradicated, which had been going on for hundreds of years.’

Cindy longs for the story of revival to be renewed today. She is part of a team of Christians (along with Auckland pastor Jay Lucas and PhD scholar Alistair Reese) who travel the country delivering seminars called ‘The Gospel Story of Aotearoa’, inspiring people with stories from our past. ‘We say, “This is what happened and this is what God wants to do again,” ’ she explains. ‘As we’ve been sharing this around [New Zealand], people have been taking hold of it.

‘Suddenly, they’re coming alive with this understanding that God wants to move through Maori again. The light is turning on. Maori are weeping. This is part of their whakapapa and they didn’t even know it. When they hear it, they just break down because they look at themselves and at their people and realise that God can do it again because he has done it before.’

Cindy emphasises that once our stories of revival are told, we then need to ask how to set the scene for this narrative to be continued. And to understand her answers to this question, it helps to know Cindy’s own story of personal revival.

Despite growing up in a non-Christian household in Inglewood, Cindy would wander down to church every Sunday on her own accord. Visiting the local Sallies and Methodists but mostly the Catholics because they were closest, she was unknowingly putting into practice her future calling as an itinerant worship leader and speaker.

At this young age, Cindy remembers always having an awareness of God: ‘Even though I didn’t have a strong Christian upbringing, I knew the Lord and I’ve always had this sense of God in my life, which I’m really grateful for,’ she says. But at age 13, with a hunger to learn more about God, Cindy found her questions of faith unanswered and, as she terms it, ‘just bailed and got into sex, drugs and rock ‘n’ roll’.

Eleven years later, God found her again. She received a transfer in her job as a forklift driver and started working for a Christian—‘a full-on evangelist’, elaborates Cindy. Her new boss would tell her about Jesus and her response was always ‘no’ mixed with various expletives.

But eventually her boss’s persistence paid off and she asked him, ‘What do I have to do about God?’ He replied, ‘You have to ask Jesus into your heart.’ And so Cindy went home and did just that.

‘Not a lot happened for about three months,’ she admits. But then one night she and her partner at the time had a big fight that got physical. He came back full of remorse and asked Cindy to marry him. She mentioned this to her Christian boss who promptly replied, ‘Well, have you asked God about it?’

Not knowing exactly how to go about asking God, she went home and opened her Bible, Russian roulette style. Cindy describes what happened next: ‘I opened to 2 Corinthians chapter 6 [verse 14], looked down and it said, “Believers and non-believers shall not dwell together for how can light and darkness be as one.”

‘So I quickly shut the Bible, because it was pretty obvious. I burst into tears and said, “God, if this is you, you have to help me.” Even though I knew our relationship was dysfunctional, I still loved him.

‘During that night, the Lord cut the soul ties, because I woke up in the morning and was like, “Who? What’s your name?” It was that black and white. That to me was miraculous … I had called on the name of the Lord and he was right there, so real and so tangible. From that time, I started running for the Lord and I’ve never stopped.’

Every tribe and tongue

From this initial spark of faith, Cindy moved from forklift driving to the staff of a New Plymouth church that was predominantly middle-class and Pakeha. She’d been given a traditional Maori instrument called a putatara (a type of conch shell) and one Sunday played it during worship. A spontaneous haka broke out in the congregation.

Cindy recalls, ‘Afterwards, someone came up to me saying, “Look, I don’t know if this is the Lord …” But you know what, I didn’t know if it was the Lord either because I had never experienced anything like that. [Today], we can look back, but then it was the early ’90s when a lot of churches [seemed to think] drums were of the devil. I had no reference for it because I didn’t know anyone else doing it.’

A couple of months after, Cindy played a Maori flute (a koauau) in church. It has a mournful sound and the church responded by breaking into an amazing time of intercession (praying on behalf of others).

Over time, Cindy and her church explored these home-grown instruments and saw God was using them to minister to people. ‘The promise in [the book of] Revelation is that worship would be produced out of every tribe and tongue,’ says Cindy. She sees the use of indigenous instruments as an outworking of that promise and says people were hungry for it. Cindy began to receive requests from all over Aotearoa to lead worship. And so her life calling took shape.

Over the years, Cindy has travelled extensively throughout New Zealand and the globe, ministering to all manner of denominations and encouraging people to find their own expression of worship. ‘Of course, we should play other people’s songs,’ she says, ‘but you have to put yourself in it; otherwise, it’s not worship.’

In 2011, Cindy released her most recent album, Karakia. While preparing the album, she was studying the stories of New Zealand’s early Maori revivals, and at the same time horrific stories were in the media of the young Maori girl Nia Glassie, killed in family violence.

These two polarising themes provided the uncomfortable framework from which the album’s concept emerged. ‘It was pretty awful at times,’ explains Cindy. ‘It was such a dark journey for me. And I thought, “What sort of songs can I write into [these topics]?”

‘All I could come out with was [the word] “Yahweh” (a Hebrew word for God). From there, I started to think about doing this soundscape or prayer-scape, to enable people to pray at that [same God-centered] level.’

After praying in all the funds for the recording, hiring a studio and gathering a team of top musos (including Dr. Richard Nunns—the foremost expert on traditional Maori instruments), Cindy still assumed the project would be a flop because she only had the one lyric. But she explains that the purpose of it was to help people pray: ‘The Lord said to me, “There’s a cry in the land and I want you to give it a voice.” I knew I had to be faithful to that.’

On the last day in the studio, she talked to her producer about recording the New Zealand National Anthem as a bonus track. Despite the producer saying they didn’t have time and hadn’t even prepared an arrangement, they went ahead anyway. The song just came together thanks to the Lord, says Cindy. But no one foresaw what would happen next.

‘I released the Anthem [track] one night surreptitiously on Facebook, because I wanted to give it away as a gift,’ she recalls. ‘And that was two weeks before the Christchurch earthquake. The track got picked up nationwide by all the radio stations and suddenly everyone started buying the album. So you’ve got non-Christians listening to this prayer-scape, helping people pray for this land and for her people. It was the orchestration of the Lord!’

In September 2012 Cindy attended a remarkable gathering of representative believers from Britain and New Zealand at Westminster Chapel in London. They came to share, declare and pray through the spiritual ties between the two nations. There was repentance on behalf of the British and forgiveness on behalf of the Maori.

A declaration was read out at the gathering confirming the Treaty of Waitangi, remembering the stories of God moving amongst Maori ancestors, and asking for God’s Kingdom to come, once again, amongst Maori [Ed—see pages 10-11]. Which brings us back to our original question of how to set the scene for this narrative of Maori revival to continue.

Cindy points out that as New Zealanders we need to embrace our bicultural heritage. This is an immense challenge. But as the Church, Christians can lead the way and be a shining example for society of true unity and reconciliation.

Having Maori people in church leadership and including te reo Maori and even kapa haka in services are great, but Cindy warns that this can come across as token fixes. For authentic biculturalism, she suggests churches focus on creating true whanau.

‘We need to provide space in church for people to come no matter who they are and what they look like,’ she explains. ‘Churches are typically hierarchical. And that’s not whanau. To be truly whanau you need to feel that sense of belonging. What we’ve done in the past is say, “First, you believe, then you change your behaviour, and then you can belong.” That’s a very western way of looking at it. But for Maori, it’s belong, believe, behave.’

It’s a biblical model as well. Jesus accepted people as they were; this provided the means for him to influence their beliefs, which in turn changed their behaviour.

‘I think the Sallies have done so well with the belonging thing,’ encourages Cindy. ‘But we’ve got to be able to embrace the Maori culture for Maori to be truly changed ’

*For more info on Cindy’s music and her ministry, or to book a Gospel Story of Aotearoa seminar, visit www.cindyruakere.com.