Life as a song | The Salvation Army
Skip to main content

Life as a song

Darlene Zschech is one of the biggest names in worship 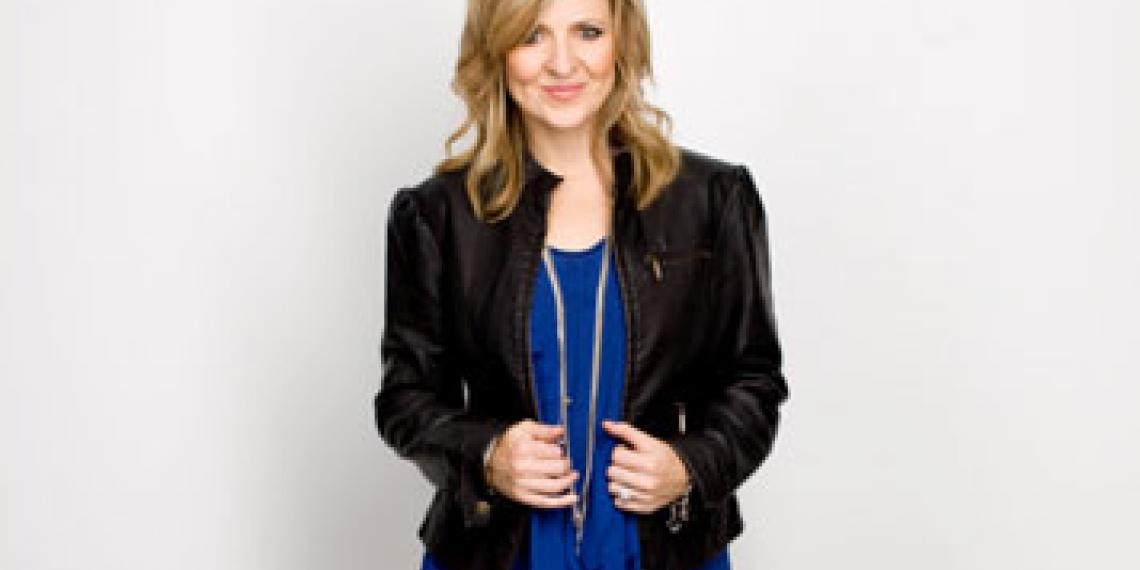 After a childhood of singing jingles and performing on a weekly television show, in 1988 Darlene recorded her first solo album. Since then, she has gone on to release over 80 songs with Hillsong Church, record three more solo albums and receive multiple awards. But despite this impressive resume, Darlene maintains she is ‘first and foremost … a woman who simply and wholeheartedly loves Christ, and serves him through loving my family, serving the church, and speaking up for those who cannot speak for themselves’.

I caught up with Darlene at Parachute Festival this year and was hoping to hear her accounts of her incredible career in music and song writing. What I got, however, was much more of a Mother Teresa interview than a Madonna one. Darlene has a unique ability to divert any conversations about herself to talking about God’s character, the next generation and helping the poor.

As a 15-year-old, not long after becoming a Christian, Darlene became involved with outreach bands going into high schools. It was during this time, she says, that she was truly discipled away from being just a performer.

She admits that, after so long singing on a secular TV show, ‘God really wanted to silence [the performer] in me and let that worshipper kind of be reborn. It took about eight or nine years before I really started to understand the power of worship.’

Darlene and her husband, Mark, married young (aged 19 and 20 years respectively) and decided to move to Sydney. There, they connected with a team from Youth Alive and took part in a missions trip to serve at a small community church, northwest of Sydney, called Hills Christian Life Centre.

‘There were 140 people when we first started going, but [they had] the same passion as now,’ she describes. ‘We prayed and God opened the door—and that was that.’ Short-term mission became long-term commitment as the Zschechs became part of the woodwork of what would grow into the mega ministry that we know today as Hillsong Church.

Darlene’s song ‘Shout to the Lord’, first released by Hillsong in 1994, has become the most-played worship tune on the planet. An estimated 30 million churchgoers sing it every Sunday. Yet, despite its success, the song started out as a desperate prayer, a plea, at a very low point in Darlene’s life.

‘I was just young,’ she says. ‘We had two little girls. We had a business that was failing by the minute, costing us every cent we had. It was just tough over a long period of time. The dreams we had of wanting to serve and work in the church were just so far from being reality—a place of frustration really, wondering how we would ever get out of there.

‘I remember getting a bill that I just thought, “That’s it.” I didn’t know what to do. I literally just sat down at the piano and wrote that song in about 20 minutes.’  At the time, Darlene was highly self-conscious about her songs. They were so personal that she felt strange about putting words into other people’s mouths to sing to God. So she sat on the song for awhile. She says it required a process of getting to know God more and of just being in his presence to allow her to be healed of these insecurities. And in the end it was the same vulnerability and honesty in her songs that made those songs so powerful.

Despite the list to your right of Darlene’s top recommendations for worship leaders, I asked her to pin this down to just one key factor that helped her development as a worship leader, and not just a song leader.

‘Your unseen life of worship,’ she emphatically replied.

‘It’s the most critical thing to develop. So that, when you lead, you know the pathway for leading people into the inner courts of God. For you, it really does need to be a well worn pathway; a place where you feel very comfortable.

‘If you get caught on the music you’ll never be able to lead people to the places that you really desire. I say to people: Learn the music, get all that done, and do it really well. It’s the easy part. But spend the rest of the time falling in love with Jesus. Music is easy.’

Darlene is a great believer in nurturing and motivating the next generation. She sees her role as a mentor to the new writers and worship leaders and is prepared to make room for them in order for this transition to take place.

‘Each generation carries its own sound. This generation has got to rise up … with respect to what’s gone before, but with passion for what God’s put in them. We can turn worship into a sound, and worship the worship rather than just releasing the next generation to continue to be prophetic and announce what is in them to bring.

‘Leaders who have been around a long time have got to be brave and generous to release people: give permission for new ideas and innovation and be the greatest cheer squad of the new. God is all about the new.

‘Right throughout the Bible it’s new Heaven and earth, new day, new creation, new sounds, it’s all about new. So if we contain the new generation to the old, it’s no surprise then if you’re wondering why the church is not growing and why we feel stuck.’

In 2004, Darlene and Mark travelled to Rwanda—a trip that would forever change the direction of their lives. It was 10 years on from the genocide, where one million people were mercilessly slaughtered. Its ill effects were still painfully clear.

‘It was like walking through a really bad movie set,’ says Darlene. ‘Everybody was missing limbs, pieces of their heads, [they had] slashes across their faces. Lots and lots of orphans.

‘We did what we could but felt totally overwhelmed and actually felt really stupid—we didn’t really understand the plight of the Rwandan people until we got there. We left there for the Dove Awards in Nashville, and there are no two places on Earth more different.’

Darlene continues, ‘On our way to Nashville, God really spoke to my husband’s heart and Mark said, “We’ve got to do something.” The genocide happened over 100 days, so Mark said, “Why don’t we see whether we could bring—in that same time—100 days of hope instead of 100 days of horror?”’

As the couple shared their experiences of Rwanda, people would literally weep—and quickly volunteered to help in the ‘100 Days of Hope’ mission (following the same dates as the genocide). The response was so great that in 2006 ‘Hope Rwanda’ was born, with the Zschechs taking 2500 people to Rwanda to simply serve its people.

They made contact with the government and church leaders and asked where help was needed. The relationship with the local churches was miraculous in itself as the churches had actually been used as places of killing during the genocide. And the government was so responsive that now Hope Rwanda is responsible for educating all educators within Rwanda, from university down to early childhood.

The greatest need they saw in Rwanda was a simple lack of hope: idle young people with nothing to do and no options. So Hope Rwanda committed itself to creating jobs and possibilities and simply helping people with their dreams. The initial ‘100 Days of Hope’ was a huge success, but Darlene says it was only really a drop in the bucket. ‘We thought it was going to be 100 days; I think it’s going to be 100 years,’ she says. ‘It’s just grown and grown and grown, and now Hope Rwanda has just changed to Hope Global’