Love will catch you | The Salvation Army
Skip to main content

Love will catch you 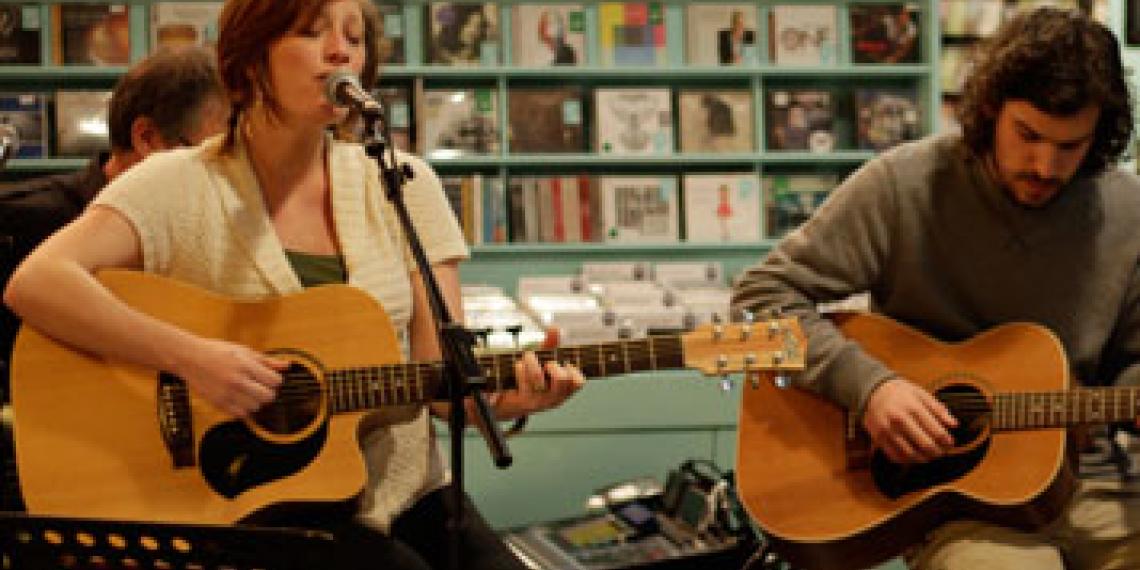 Have you ever felt like you were stepping off a cliff? Not an actual cliff; a metaphorical one.

Have you ever taken a leap of faith not knowing what would happen next, and when you simply had to close your eyes, grit your teeth and trust that something or someone would catch you?

Stepping off cliffs is the idea behind 22-year-old Ariel Simone’s latest recording. ‘God has required me to take this step off the cliff many times,’ she says, ‘and as I’ve taken that step into complete blackness, God’s caught me at the bottom and has had something for me.’

In the songs on Love Will Catch You, Ariel tells the story of how she has had to completely trust God to overcome her fears and leave past things behind. ‘The whole theme of the album is that love is scary and requires us to take risks sometimes,’ she explains. ‘Each of the songs is about the risks I’ve taken to put my trust in love—I believe that God is love.’

Ariel’s story begins in Hastings, where she was born into a Christian family. From a very young age, Ariel knew that she just wanted to sing. At the age of 13, she decided to pray for a guitar. To her amazement, the next day a visiting uncle arrived with a guitar for her. In no time, Ariel had taught herself to play and she and her guitar soon became inseparable.

Ariel was 13 when she wrote her first song, entitled ‘The Secret Place’. It was about time spent with God in her tree hut. Since then, Ariel has composed many more songs, with nearly all of them coming from her conversations with God.

She says, ‘My journey with God has been the inspiration for every song idea. If I float along the surface and never deeply engage with God, my story can go on without me and I become blind to what God is doing in my heart and my life. More often that not, it’s the scary times when I can’t see God or when he feels far away that songs are formed. Either way, it’s my honest expression in this relationship that is the basis of all my creativity.’

This honesty with God was seen in Ariel’s first recording, an EP called Transcends Understanding. The EP came about after Ariel went through a time of crisis. In her mid-teens she became disengaged from school and left at the age of 16 to do a media arts degree majoring in music.

During this time Ariel found that she had big questions for God and turned to drugs and other means as a way to cope. Eventually, she dropped out of study in order to search for God again. It was in that time of searching for, and ultimately finding, God again that the songs for Transcends Understanding were written.

To record her EP, Ariel joined forces with Nathan Lauridsen. Nathan is a fifth-generation Salvationist who grew up in the Palmerton North Corps and was surrounded by music at home and at church. He and Ariel married in 2009.

Ariel’s songs kept coming. Her new CD, Love Will Catch You, carries on the story of Ariel’s conversations with God. Having reconnected with God, she now sings about moving forward with God and what that looks like in her life.

For example, ‘Shake the Dust Off Your Feet’ is about needing to leave old friends behind in order to find healing. She wrote ‘Don’t Let the Devil Get You Down’ after feeling battered and under attack from Satan. ‘Sack of Sad’ is about feeling a loss of identity, and ‘Lack of Intensity’ (Nathan’s favourite), is about discovering that God is the beauty in the suffering.

Love Will Catch You has been four years in the making. Initially, Nathan and Ariel recorded the album themselves. After the couple completed a two-year diploma from East West College of Intercultural Studies in 2011, they were unsure of what the future held next. But then Nathan was given the opportunity to work and record at The Porch, a Hamilton recording studio, where they produced the CD in its current form. Nathan and Ariel see this opportunity as evidence of God’s amazing provision and blessing.

The arrangements on ‘Love Will Catch You’ are all by Nathan, who is not only highly skilled at recording and scoring music but plays many different instruments on the album. The artwork on the album cover is by Ariel, with graphic design by brother-in-law Hayden Lauridsen.

What does the future hold for Ariel and Nathan? Well, apart from expecting the arrival of their first child in August, they’re not too sure what God has in store for them. But Nathan says, ‘We feel like God has been leading us every step of the way—so we ask to be in God’s plans, not our own.’

Listen for yourself: To purchase Ariel’s new album, go to www.arielsimonemusic.com.