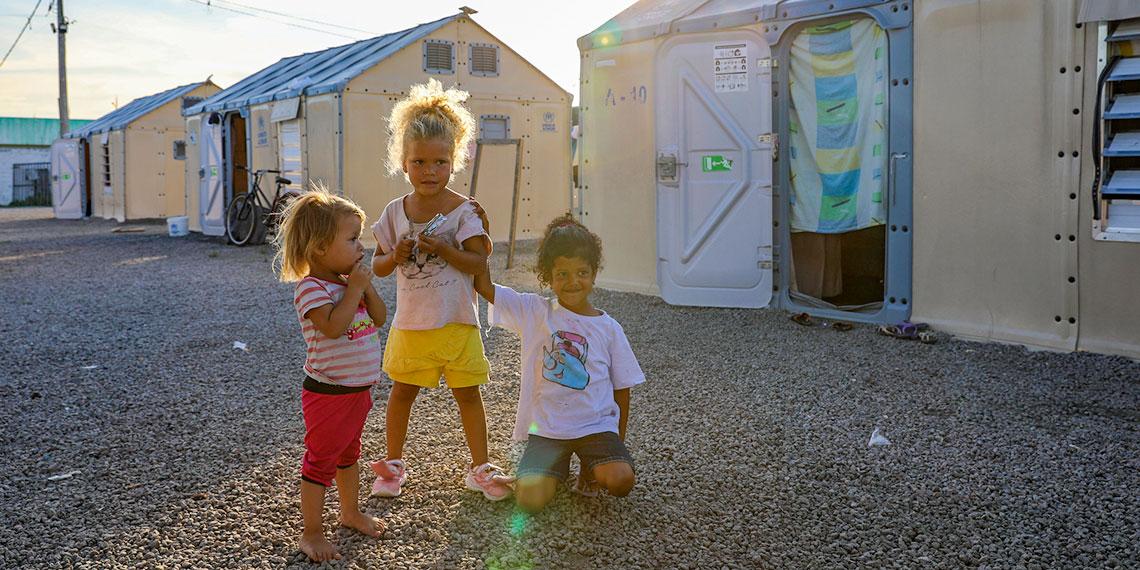 Displaced (including subtitles) from Salvation Army IHQ on Vimeo.

A NEW film, co-produced by The Salvation Army’s Brazil Territory, International Emergency Services and the International Headquarters Communications team has been released online. Displaced is a 50-minute documentary filmed on location in Roraima, Santa Catarina and São Paulo states in Brazil, and incorporates experiences of migrants from around the world.

Much of the programme concentrates on the journey undertaken by Venezuelan migrants leaving behind economic and political turmoil in search of a better life in Brazil. The film includes footage from the Venezuelan border and the military-led multi-agency reception centre on the Brazilian side in Pacaraima – appropriately named Operação Acolida (Project Welcome). Passing across the border, viewers are able to hear the stories of migrants from all sectors of society – their reasons for leaving their own country and their hopes and dreams for the future.

The documentary also follows the story of one Venezuelan family encountered by the film crew on the arduous 200-kilometre journey, on foot, through tracts of Amazonian rainforest from the border post to the first sizeable city, Boa Vista. With four children, including one with a disability, how will they fare in their first few days in a new country?

More than 40 interviews were conducted during the crew’s week on location, and moving personal testimony is included from Venezuelans formerly engaged as social workers, nurses, film producers and emergency planners. With The Salvation Army’s ministry in Boa Vista particularly focused on meeting the needs of vulnerable women, families and the LGBT community, a particularly heartwrenching interview reveals that for one group of young people, the only employment opportunities are hairdressing or sex work.

The Salvation Army in Brazil, like many other international non-governmental organisations (NGOs), started its refugee response from scratch, with no pre-existing presence in the region. The nearest Salvation Army centre is otherwise a four-hour plane journey away. The film explores the challenges faced and captures a sense of the necessary cooperation between the various organisations in order to support the large numbers of arriving migrants.

With exclusive access granted to film inside United Nations-managed refugee camps and shelters, and contributions from Jaime Nadal – the United Nations Population Fund’s Representative to Brazil – officers of the Brazil Army, The Salvation Army and other NGO leaders, the film is also intended to be used as a training aid for Salvation Army emergency and disaster personnel around the world.

Major Alison Thompson, The Salvation Army’s International Emergency Services Coordinator says: ‘We have been privileged to work in partnership with others in the production of this resource. We are most grateful to everyone who has contributed to the final product – those who have funded the costs; the skills of the team who visited, captured the stories, edited and produced the film; the dedicated personnel who are working to support vulnerable, displaced families and individuals; and especially the people who shared their experiences with us.’

But there is joy, too, as The Salvation Army helps Venezuelan families integrate into Brazilian society by marking Dia das Crianças – Brazil’s national Children’s Day ­– and good news as the family discovered on the roadside near the border are allocated new accommodation with specialist care for their disabled child. Viewers will also discover how Haitian refugees in the south of Brazil are integrating within their new community, 10 years after the devastating earthquake that caused them to leave their homes.

‘This is a film for anybody interested in the multitude of issues affecting refugees, asylum seekers and migrants anywhere in the world. We hope that many people will benefit from watching this documentary as we all continue to learn more about the ongoing issues of migration around the world, the people who are affected and how we can be involved in supporting this valuable ministry and service,’ says Major Thompson.

Displaced was filmed in October 2019, but The Salvation Army’s work in Roraima continues during these times of heightened difficulty due to COVID-19. The Salvation Army team is providing 125 meals to Venezuelan migrants every day, daily milk for children and assisting with the provision of non-perishable food that does not require a refrigerator for storage. A census has also been undertaken to identify the profiles of people who will be able to receive emergency income from the government. Hygiene supplies are being distributed to assist with public health efforts at this challenging time.