The Good Shop Launches in Porirua 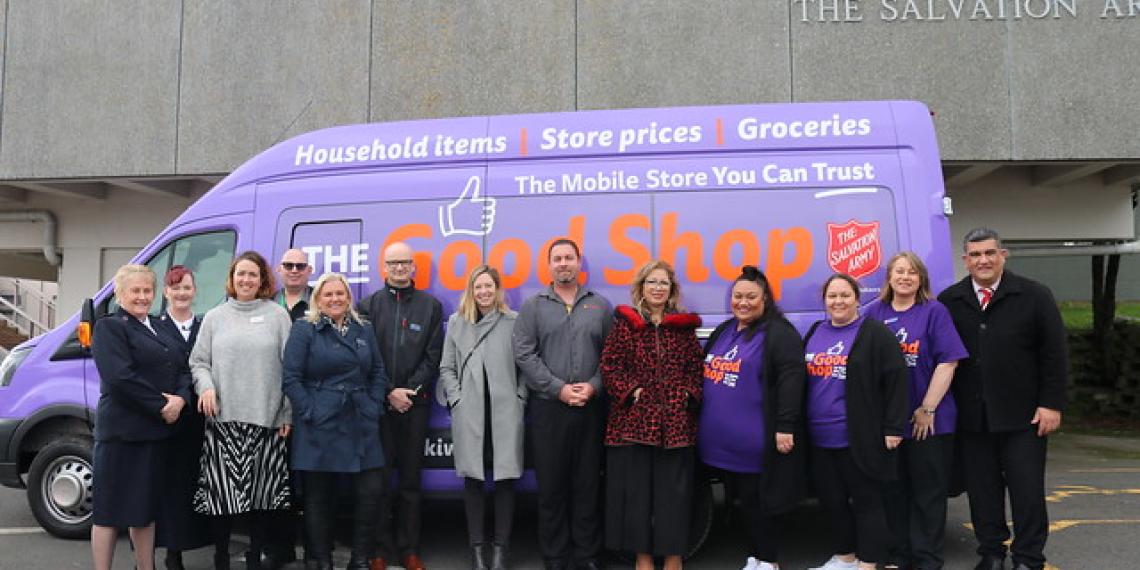 In a ceremony featuring karakia and prayers from Ngāti Toa and The Salvation Army, along with a stirring cultural performance by Brandon Intermediate students, the van and its staff were sent on their way to combat predatory lending.

At the event, The Salvation Army Community Ministries National Director Jono Bell recalled first coming across mobile shops in South Auckland as a young social worker twenty years ago. He was shocked at the time at the level of interest being charged on items, and says today’s launch has predatory third-tier lenders running scared.

Porirua is the second van to be launched; the first operates in South Auckland and is proving successful in allowing people with limited transport to shop for goods at shop prices, not the inflated prices often charged by mobile shops.

Jono says Cannon’s Creek is a “food desert” with no supermarkets and only dairies or Four Square stores, which charge more, available close to many people’s homes.

He thanked the project’s partners, BNZ, Warehouse Group, Tindall Foundation and Nikau Foundation, and said their willingness “to do something different” led to the project’s fruition.

Porirua Mayor Mike Tana said the van was an example of “faith in action”.

Labour MP Paul Eagle said he wished this type of service, along with night shelters and foodbanks, was not needed.

He said legislation limiting the amount of interest lenders can charge, along with legally-binding “do not knock” stickers would add to the efficacy of The Good Shop in keeping people out of debt.

Wellington Community Ministries Director Pam Waugh prayed for The Good Shop to “be a great disruptor and a good disruptor that will see predatory lenders run out of town”.