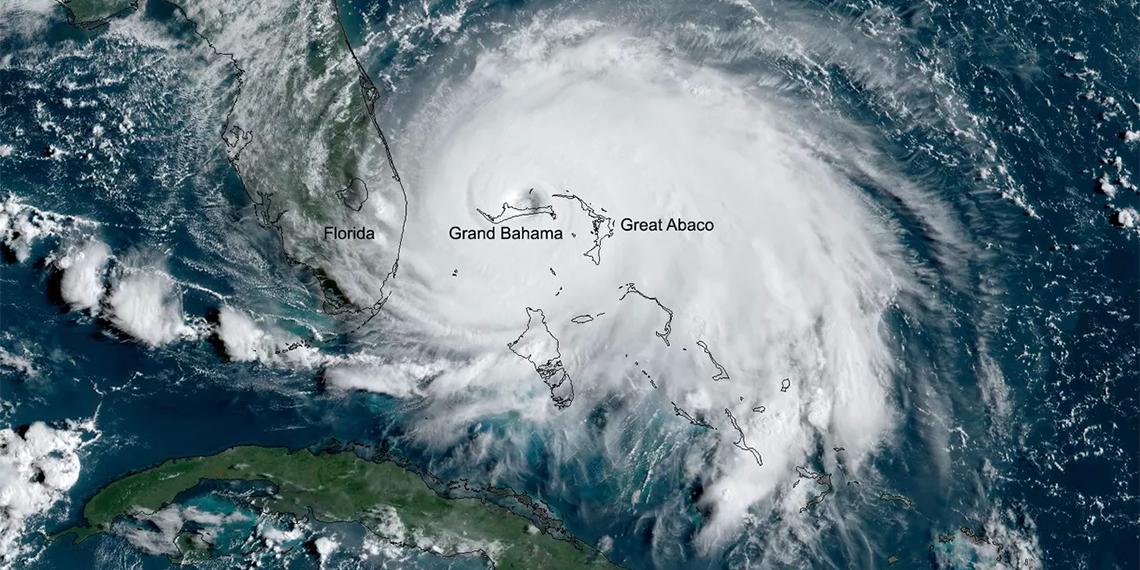 International Salvation Army disaster relief personnel and volunteers are deploying to Nassau and Freeport in the Bahamas, to assist the existing teams in those locations as they continue to serve people impacted by Hurricane Dorian. Damaris Frick, Deputy Coordinator for The Salvation Army’s International Emergency Services – who has arrived from London, UK – commends the local team for the ‘fantastic job’ undertaken so far.

‘The Bahamas teams have now received reinforcements from Barbados and other Caribbean islands, as well as further afield, from the USA and Canada,’ she explains from the incident command centre in the Bahamian capital, Nassau.

The Salvation Army Bahamas hurricane response team was activated before Hurricane Dorian arrived and has been actively involved in the response and relief effort as soon as the ‘all clear’ announcement was made. They are partnering with the National Emergency Management Agency (NEMA) and are one of only two charitable organisations that the Government for the Bahamas has highlighted as relief agencies for the general public to channel their contributions through.

The immediate focus has been to provide the essentials for life: food, water, clothing, personal hygiene supplies and shelter. The Salvation Army in Freeport had fully restocked its emergency provisions just ahead of the Category 5 storm hitting the island, enabling it to provide urgent help immediately. While the initial response focused on Grand Bahama and the Abaco Islands, the large evacuation of people from the Abacos has seen the response enhanced to include sheltering and supporting evacuees in Nassau.

In addition to the partnership with NEMA, The Salvation Army is working with the government manager of relief efforts for the Abaco Islands. He will assist The Salvation Army in the development of a long-term plan for relief and rebuilding. Current estimates foresee that the rehabilitation phase may take between three and five years.

The Salvation Army has agreed to coordinate and manage the response for Rotary International and is also partnering with Norwegian Cruise Line. To date, the company – which operates regularly in Bahamian waters – has provided approximately $750,000 of supplies and support services. The philanthropic arm of The Coca-Cola Company, The Coca-Cola Foundation, has also pledged $400,000 to The Salvation Army to provide immediate resources for emergency food and shelter.

To manage the relief efforts The Salvation Army is implementing an incident command centre in Nassau with a secondary base in Freeport. Due to the extensive damage in the Abaco Islands, plans are being developed to place a containerised office there also. An international specialist has been identified to assess and develop the Abaco rebuilding programme.

The Salvation Army’s disaster response team has also determined that most of the persons impacted have post-traumatic stress concerns. As such, special emotional and spiritual care teams are being implemented to support the evacuees in Nassau and those who remain on the impacted islands.

The Salvation Army has had a strong presence in the Bahamas – more than 90 years in Nassau and 30 years in Freeport – and will be involved not only in the immediate response but also in the longer-term rebuilding efforts.

Damaris Frick concludes: ‘The Salvation Army was in the Bahamas before this disaster, during this disaster and will remain here well after this disaster. We are committed not only to providing immediate relief but are here for the long haul – for the recovery and reconstruction of life, infrastructure and livelihoods.’