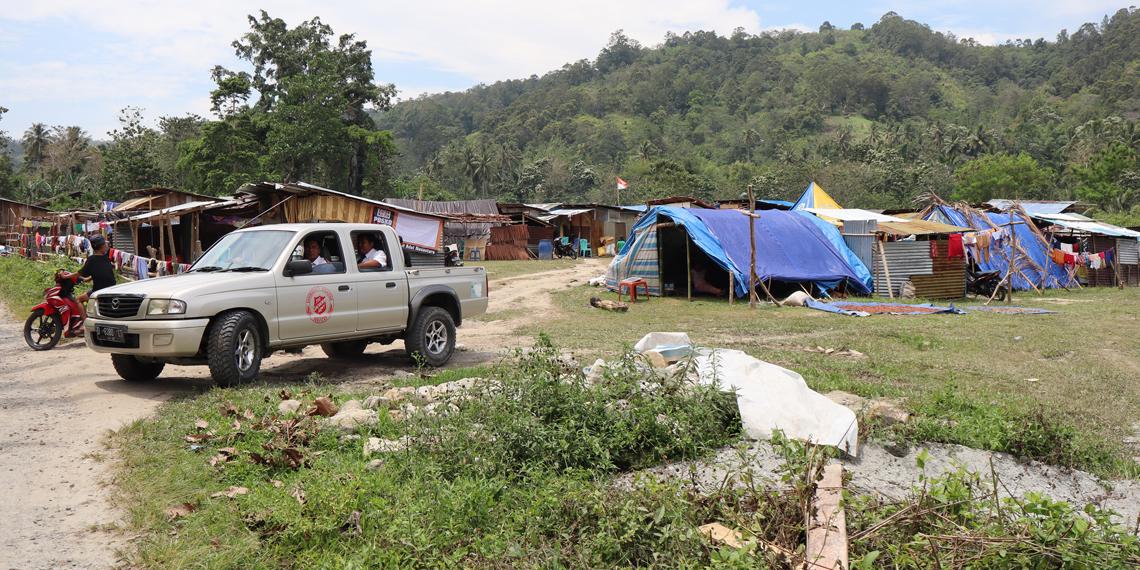 With a strong presence in the badly-hit city of Palu, local Salvation Army teams were able to react immediately, in spite of incurring personal loss. Provision of basic food, water and shelter is being enhanced by the delivery of healthcare services for those physically hurt during the quakes and for individuals presenting with mental health challenges brought on by the terrifying events of late September.

With the confirmed death toll standing at 2,113, at least another 1,309 people have been unaccounted for. Nearly a quarter of a million people have been displaced from their homes, with many still living in temporary displacement camps. Search and rescue operations have now ended, but the emergency response phase has been extended. The Salvation Army has served more than 12,300 hot meals, as well as providing emergency food parcels, drinking water and tarpaulins.

To address issues such as mental health and well-being The Salvation Army is working closely with a local university. To date, trauma healing sessions have been implemented in 15 separate locations. These have been attended by in excess of 1,200 people so far. To meet demand, The Salvation Army’s Indonesia Territory is training a further 20 officers in trauma counselling, and these reinforcements will be sent to Central Sulawesi to support the team already on the ground.

Local radio has also played an important role in keeping communities informed. The Salvation Army-run Cakrawala Radio broadcasts to many remote settlements in Sulawesi and has been sharing accurate news and information about the disaster response. This is especially important in some of the villages which are still not yet fully accessible. The leader of The Salvation Army in Indonesia, Commissioner Peter Walker, returned early from booked holiday in order to share words of encouragement on the radio station, to bring words of comfort to community members who have been so badly affected by the disaster and to encourage Salvation Army team members.

The Indonesia team has now been bolstered in Palu by International Emergency Services Deputy Coordinator Damaris Frick and Project Officer Major Drew Ruthven. Both are liaising regularly with Indonesian government disaster response officials, and participating in regular ‘hub’ meetings that coordinate the activities of the aid agencies and other non-governmental organisations that are involved in the large-scale response to the disaster.

Envoy Kevin Sandford, The Salvation Army’s Indonesia Project Officer says: ‘I have just spent some days in and around Palu and visited some of the affected areas. The needs are huge and The Salvation Army in Indonesia, supported by experienced International Emergency Services personnel on the ground, is now making plans of scaling up the operation. These plans might include the distribution of water filters and hygiene kits, but we are also assessing the temporary and long-term needs regarding schools and other areas of education as well as needs in the shelter sector. We are humbled by the generosity we have seen and experienced from people from all around the world.’