Our Hearts Are With You

The Salvation Army responds to the Christchurch terror attack, building their own ‘wall of love’ across the city. 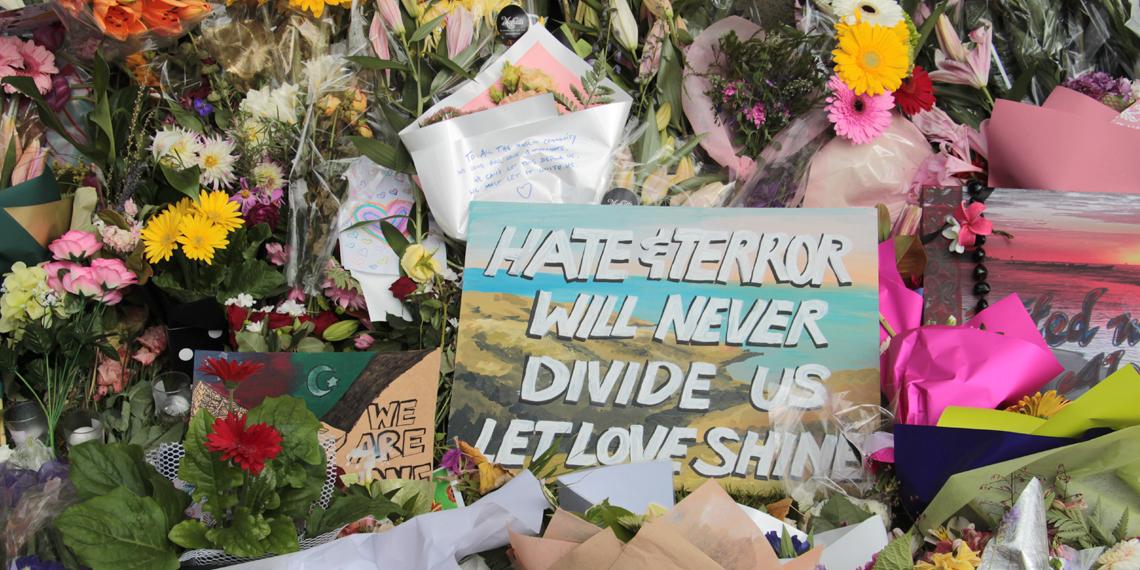 As the terrorist attack unfolded 200 metres from their building, Linwood Corps and Family Store staff locked the doors and sat with members of the public, not knowing what was happening.

In the days since, it has become clear how close many Salvationists and Army staff were to the attacks, and the 50 people killed at two mosques in Christchurch last week. Cantabrians at corps and centres have rallied to provide support, while grappling with their own grief.

There were around 20 members of the public in the Linwood Corps Family Store and church foyer, when the attack began at Linwood Masjid.

‘The staff were just amazing at looking after everyone to make sure they were okay and felt safe. Then we offered them tea, coffee and something to eat,’ Corps Officer Major Graham Medland says.

They were gradually able to help people home, but the corps was not unscathed. ‘The Family Store manager has told me of at least two families affected who are volunteers or regular customers, so we’re following up with them, and we have a couple here whose neighbour was killed.’

The Corps is inside the cordon police set up around the mosque, meaning people can only access the area on foot. The next day they set up the community van, which has facilities to provide food and drink, for those coming to lay flowers and they have stayed open as a listening space for people, including some who witnessed the shootings, Graham says.

‘A guy came in who said, “I should have been at prayers on Friday”. He asked if there was someone who could pray with him. I did that and shared some scripture with him.’

The man was also able to give him a phone number for the mosque’s Imam, so Graham could assure him of the love and support of the Corps.

They were thankful to be allowed to hold their Sunday service as several people came who would not regularly attend church.

Across town, Sydenham Corps Officer Captain Jocelyn Smith says being open and available had been hugely important. The corps had a movie night planned for Friday night. ‘We went ahead, but it ended up being people who were on lockdown and couldn’t get home.’

And this week, more people have been at corps community events or just dropping in, she said. ‘This becomes a cumulative event. People are talking about this and then after a few minutes they’re talking about how their marriage is breaking down or their struggling at work, they’re saying, “I can’t cope, I need someone to talk to”.’

Corps members have also been sharing Kit Kats with a message of love and encouragement attached far and wide.

At the request of Christchurch International Airport, Army staff were on hand from Sunday (17 March) till Tuesday (19 March) to welcome bereaved family members and support them through customs and security.

Salvationists have also been visiting what is being called ‘the wall of love’, where the public have been laying tributes outside the Christchurch Botanic Gardens.

On Thursday, the Army received permission to formally set up a contact station to offer food and drink and spend time among the crowds.

In Rolleston, half an hour south of Christchurch, The Salvation Army community house and corps plant building sits opposite Rolleston High School. Corps officer Lieutenant Stu Duxfield said they sat with anxious parents during the three hours that all schools in Christchurch and the surrounding towns were in lockdown.

They are working closely with the school counsellor—who already uses a room in the house—to be a listening ear for students and set up a drop-in for students who would be going home alone in the afternoons.

‘Some parents who heard what we were doing, dropped off biscuits and I brought in my Nintendo Switch so we can play games and chat. The big thing is the kids who were struggling to feel safe since the earthquakes. The conversation I have been having so far is to reassure them that the reason they were locked down was to help them be safe.’ 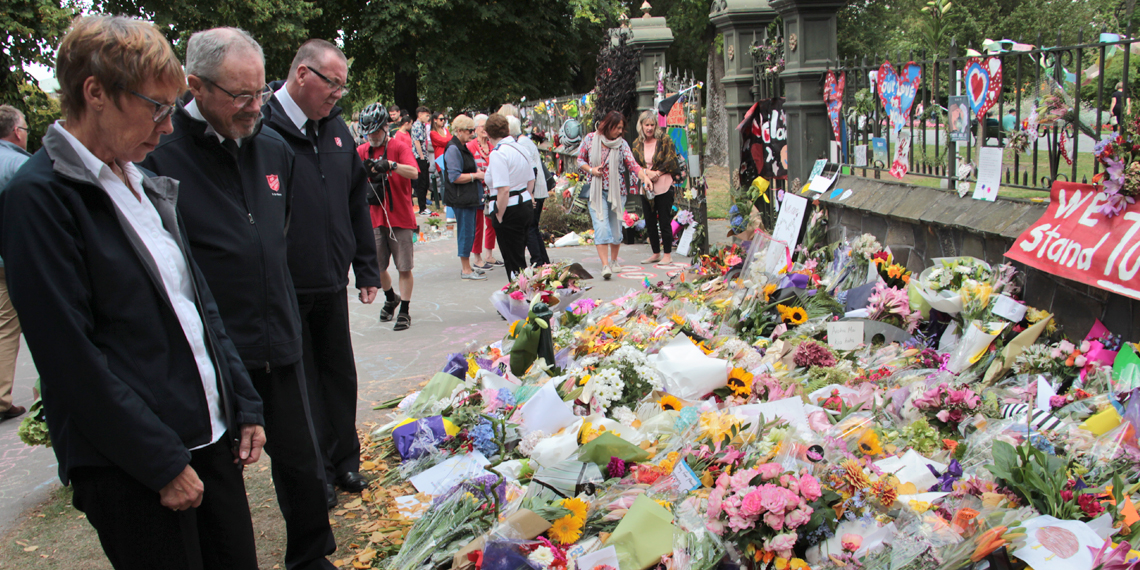 ‘Our hearts are with you,’ Commissioner Yvonne Westrupp told staff, as the Territorial Leaders visited corps and centres in Christchurch and Rolleston on Wednesday (20 March).

The Commissioners, along with and Divisional Leaders Majors Earle and Christine Ivers, shared prayers and messages of support at four corps, Divisional Headquarters, Christchurch Bridge and the Addington Accommodation Service.

Sharing from Psalm 34:18, Commissioner Andy Westrupp encouraged people that, ‘God is close to those who are shattered’.

They also listened as people shared their stories of new trauma and old. Among them was Addington Accommodation staff member Venda Maponga, who shared an emotional hug with Yvonne as she told her how she had been trapped under the rubble of a collapsed building during the 2011 Canterbury earthquake.

Addington Manager Glen Dodson told the leaders the attack had brought home how close their links were to the Muslim community. The centre is looking after a Muslim family of four, two single Muslim men, and another Muslim client had left Christchurch this week.

‘We have a staff member who was supposed to be at the mosque, but he was late. He always goes to Pak N Save [supermarket] after Friday prayers, but for some reason he can’t explain, this week he went before. He was getting out of his car when he heard the shooting.’

Some Māori and Pasifika residents were also shaken, he says. ‘Our guys have often been on the receiving end of some of the white supremacist stuff. They have received a lot of extreme views and actions.’

At Christchurch Bridge, managers spoke about how well staff had responded to reassure people. Mission Director Captain Ralph Hargest spoke of the aroha that ‘oozes from this place’, before operations manager Tohi Tohiariki led a moving waiata. At Christchurch City Corps, the commissioners spoke with some of those leaving a Home League meeting as they arrived, before visiting the tribute site.

Major Rex Cross, who spent time at the airport and the tribute site, says there was an overwhelmingly positive reaction to having a Salvation Army presence.

Sydenham Corps soldier Jillian Breach, who also visited the tribute site, agreed. ‘This woman was there with some others praying. She was just traumatised. I just hugged her and tried to do what I could and tried not to say the wrong thing.’