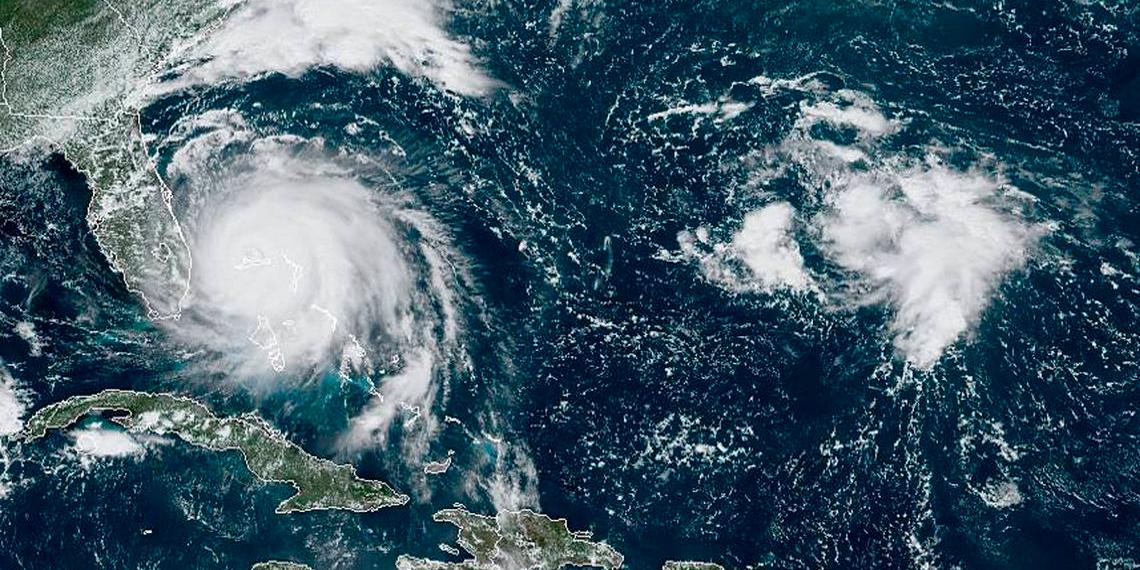 Wind gusts in excess of 220 miles per hour and the threat of flooding from storm surges of up to seven metres have been reported by meteorologists in the Bahamas, as Category 5-rated Hurricane Dorian tears through the Caribbean islands of Abacos and Grand Bahama.

The storm – the most severe to have affected the Bahamas in recorded history – has already claimed one life and has left a trail of catastrophic destruction in its wake. The Salvation Army’s main base of operations in the Bahamas is based in Freeport, and the team there – under divisional leaders Majors Clarence and Karen Ingram – is prepared to respond as soon as it is safe to do so.

With a major government-led evacuation of the low-lying areas most prone to flooding undertaken before Hurricane Dorian’s landfall at 3am GMT, many Bahamians in the worst-affected northern islands are staying in emergency shelters. The key role of The Salvation Army will be to provide food and clean drinking water for those accommodated in these shelters.

The initial request was for The Salvation Army to provide up to 300 meals a day, but the disaster response team are prepared for that much and more. As Hurricane Dorian is travelling slowly westward, it is predicted that the storm will be affecting Grand Bahama for about two days before the ‘all-clear’ can be given.

The Salvation Army’s corps (church) building on Eleuthera island has been prepared as an emergency shelter even though conditions in that area are not forecast to be quite as severe. Even here, the last update received is that the electricity supply has failed. It is to be expected that it will be difficult to reach the islands affected for several days after the storm so The Salvation Army may be asked to continue to provide meals well beyond the all-clear.

The Salvation Army’s main role will be to aid after the storm has passed. Majors Ingram are in contact with and will act on specific information and requests from the Bahamas National Emergency Management Agency (NEMA). Currently, it is expected there will be a need for food, clothing, tarps, clean-up kits and similar items. The Salvation Army is ready to provide assistance as soon as the specific needs are advised by NEMA.

Commissioner Devon Haughton, Caribbean Territorial Commander, is encouraging Salvation Army personnel throughout the Caribbean to give attention to those most vulnerable in their communities, and where possible make Salvation Army facilities available for shelter, support and practical assistance.

Meanwhile, along the eastern seaboard of the United States of America, Salvation Army teams are poised to respond. The precise track of Hurricane Dorian is difficult to forecast, because of a large ‘cone of uncertainty’, but the Salvation Army preparedness – coordinated by a specialist team in Atlanta, Georgia – has involved strategic deployment of people, assets and resources, bolstering the local capacity to respond in the coastal states.

For example, specialist equipment and trained personnel from across The Salvation Army’s Kentucky and Tennessee Division have been activated for deployment, including fully-staffed mobile feeding units. Additional response equipment and personnel in both states have been placed on standby.

‘The Salvation Army has a long history of serving in disasters, from tornadoes and flooding to 9/11 and Katrina,’ explains Major Art Penhale, Divisional Commander for the Kentucky and Tennessee Division of The Salvation Army. ‘Our service footprint means we have resources nearby and can pull in additional help when needed. We are where the need is, and while we can’t be sure of Dorian’s path, it is clear there is going to be need in her wake.’

‘The situation is changing hour by hour,’ adds Bo Sells, Disaster Services Coordinator for Kentucky and Tennessee. ‘The current projections call for hundreds of miles of coastal communities at-risk even if the eye [of the storm] doesn’t come ashore … We know we are deploying, but not sure if we are heading to Florida, Georgia or the Carolinas.’