From Sunrise to Sunset, from Samoa to Hawaii, the International Salvation Army Responds to the General’s Call to Prayer | The Salvation Army
Skip to main content

Home / News & Events / News / From Sunrise to Sunset, from Samoa to Hawaii, the International Salvation Army Responds to the General’s Call to Prayer 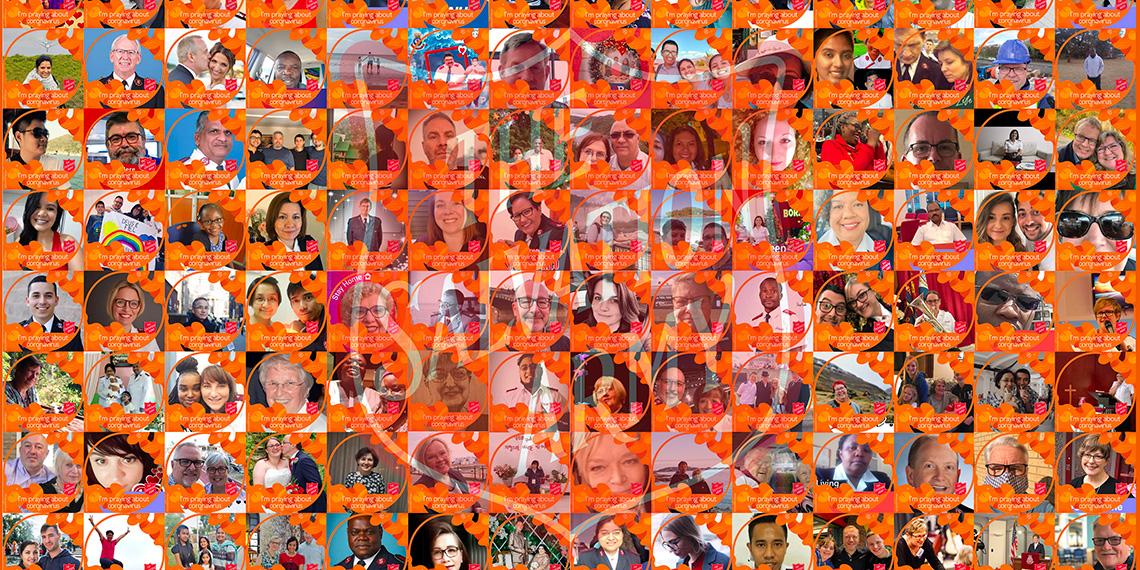 Salvationists and friends around the world responded with passion and compassion to General Brian Peddle’s call for the international Salvation Army to ‘follow the sun’ and pray from sunset to sundown for the fight against the COVID-19 pandemic.

Starting when the sun rose in Samoa and carrying on for more than 36 hours until the sun set in Hawaii, the ‘tsunami of prayer’ that had been called for by the General picked up pace quickly and didn’t ease off as it followed the light of the sun on its journey around the globe.

Prayers were shared in corporate online worship and prayer meetings, but also through individual and family times of devotion, and even in sharing between staff and service users. Just as the coronavirus doesn’t discriminate between rich and poor, believer and unbeliever, the wave of prayer was helped on by people of many races, languages, economic positions and social standings.

There were several ways in which people shared with others from around the world. The most popular was through the General’s Facebook Page, facebook.com/GeneralBPeddle, which – in combination with the International Headquarters Facebook page – received more than 1,500 comments throughout the event. The sharing of content on Facebook meant that there was a potential reach of more than 125,000, and an ‘I’m praying about coronavirus’ Facebook profile frame was used by thousands of people, forming a worldwide visual witness.

On Twitter, the #FollowTheSunCOVID19 hashtag featured in more than 360 tweets, with this hashtag having an astonishing potential reach of 1,483,611 users (ie tweets with that hashtag could be seen by that many Twitter users). Tweets published by @SalvArmyIHQ and by the General (through @GeneralBPeddle) were interacted with more than 1,500 times, with a potential reach of well over 75,000 Twitter users.

Instagram, which tends to have a younger user group, received hundreds of likes across six posts relating to the day of prayer (which contained prayer prompts and suggestions of how to pray), with each additionally being shared privately by users with their own network of followers. Combined, the six posts were seen by 6,886 users.

Another way in which people shared their prayers and prayer requests was a live blog that was hosted on the sar.my/covid19prayer site, which included a ‘virtual prayer room’ of helpful tips and prayer suggestions. The blog, which can still be read, had 448 messages and received 7,601 visits from 97 countries during the Follow the Sun period. A poll on the blog showed that around half the people were praying with others, whether as a group or with a spouse or family – demonstrating that the numbers of people engaged in prayer may be even higher than the initial figures suggest.

The figures only tell part of the story, of course. People from Australasia, Asia, Africa, Europe, North America and South America alike took the opportunity to follow the General’s requests for prayers that covered several subjects linked with COVID-19 and the devastating effects it is having around the world. The online content demonstrated that people were engaged in prayer but many other people will have answered the call to prayer without sharing online. Irrespective of where and how they prayed, people took up the challenge to pray … to lament; for those in need; for the army of essential workers; for an end to the virus; and for hope and joy to be restored.

Many very personal prayers were shared, including from people who have lost loved ones and others who have deep concerns for friends and family. Some wrote bravely about the difficulties they are currently facing because of the pandemic, including people who have lost their jobs and even one sailor who has been on board his cargo ship for three months, with no immediate likelihood that he will be able to return home.

So many meaningful prayers and messages were shared that it would be impossible to report them all, but here is a selection that shows the astonishing breadth of topics, styles and locations:

Reacting to the unprecedented time of international sharing, the General was keen to show his appreciation for everyone who had responded to his call to prayer. In a video message, alongside thanks and recognition he included words of challenge: ‘I think that now the real test begins,’ he said. ‘We must believe that God will now answer our prayers. People are still suffering. Sadly, people are still dying. I hear the lament, I see the tears. People are still on the frontlines, while others are unsure, uncertain and afraid. Let's continue to pray and anticipate God's response. And be careful, then, to give him the glory.’

He added: ‘I believe God is sending our Army to serve others at such a time as this. Please be safe in all that you do – but be his church in a world that needs our God whom we love and whom we serve.’ 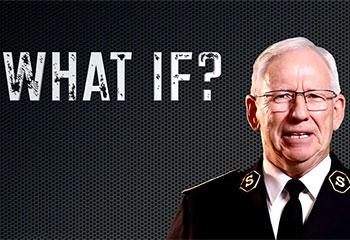 ‘What If…’: World Leader of The Salvation Army Encourages Salvationists and Friends to Consider Alternative Future

General Brian Peddle, international leader of The Salvation Army, has released a new video message in light of the challenges brought about by... 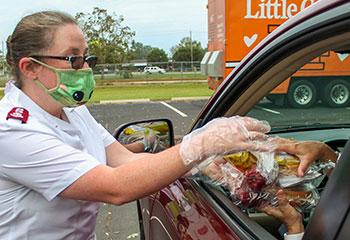 Before Hurricane Sally dropped nearly four months’ worth of rain on the Florida panhandle in four days, The Salvation Army Emergency Disaster...

The Salvation Army in Korea Wrestles with Second Wave of Coronavirus

The Republic of Korea has seen an increase in confirmed COVID-19 infections since mid-August, with rallies held by some Christian groups in...