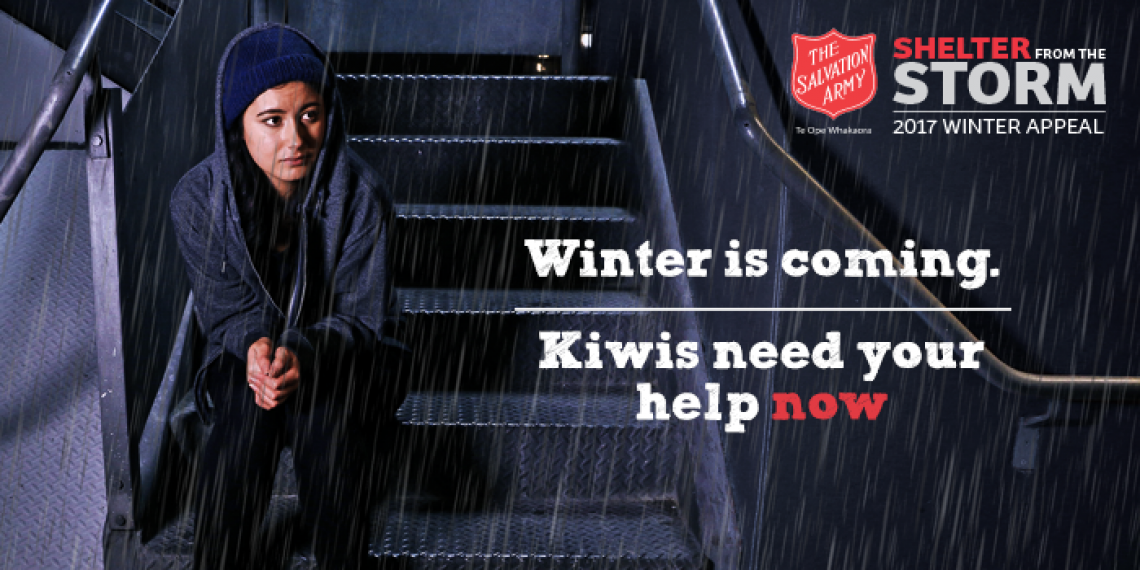 The demands of winter have seen thousands of Kiwis who don’t normally need help coming to The Salvation Army.

This comes on the back of a report last week from Statistics New Zealand showing vegetable prices have risen to their highest level in six years (up 31% from last May), making eating healthy in winter even more difficult.

In response to the extra demands of winter the Army is asking New Zealanders to help out those struggling with the basics of warmth, food and shelter, through its winter appeal.

The appeal will support the Army to provide both urgent and long-term assistance in families and individuals in crisis, by meeting their immediate needs and providing people with the tools needed to prepare for the winters ahead.

Often those in greatest need over winter are people who are surviving week to week during the rest of the year, but who are unable to meet the extra demands of the colder months, Pam says.

‘Many people we see are living week to week and they’ve got anything from 10 cents to $10 left over once their bills and expenses are paid. It’s not that they haven’t planned well, but there’s just not enough when winter hits.’

This is particularly felt in families, and over the past three winters the number of children the Army has helped has risen from 16,127 to 18,949, a 17% increase.

In addition to helping people find food, warmth and shelter when the storms hit, a lot of work goes into preparing for winter during the year, Pam says.

‘We had a woman come to us who’d been forced out by her husband and was left homeless with three kids. We started by getting her into emergency housing, then we helped her get a long-term home and supported her with counselling, budgeting and life-skills, so she could restart her life.’

‘It’s about finding the hope that’s going to help them get sorted for the future. Sometimes situations looks hopeless – but they’re not, there’s always something we can find to help people,’ Pam says.

To help New Zealanders shelter from the storm this winter you can donate online at salvationarmy.org.nz/winterappeal or by phoning 0800 53 00 00.

Issued on the Authority of Commissioner Andy Westrupp (Territorial Commander)