Are there slaves in New Zealand? | The Salvation Army
Skip to main content

Home / Church Community / Articles / Are there slaves in New Zealand?

Are there slaves in New Zealand? 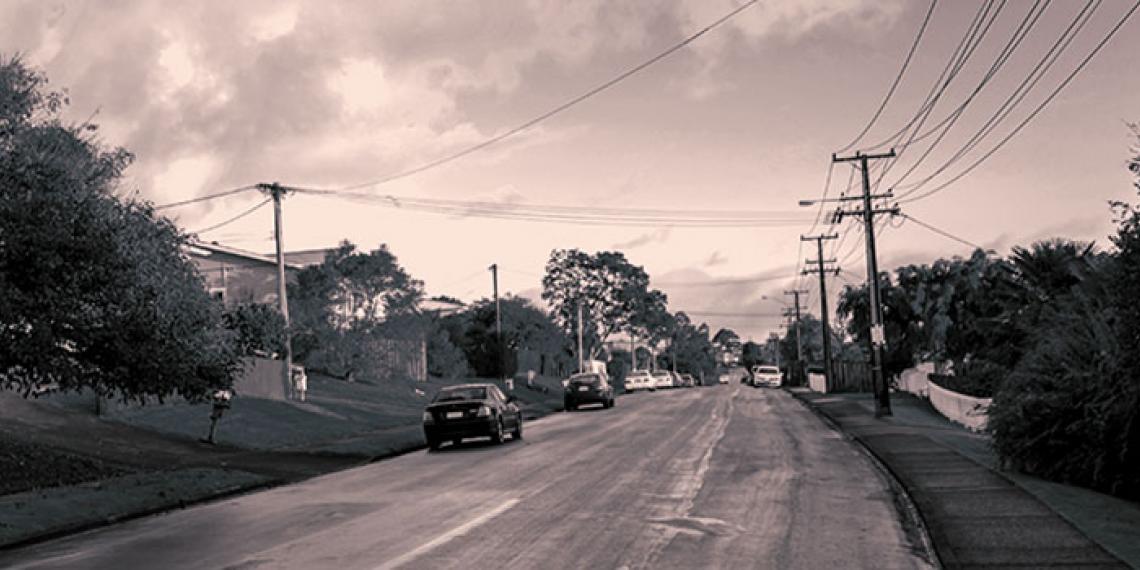 Human trafficking is modern-day slavery, dealing in the buying and selling of people. But trafficking also uses coercion and deception to dupe people into work situations where they are exploited, powerless, and unable to find their way out.

In the historic slave trade, a slave was labelled and ‘owned’. But this new form of ownership is hidden in the corners of society, unseen and unrecognised by most of us. ‘Forget the Hollywood film version of people trafficking and exploitation,’ explains Chris Frazer, co-organiser of a recent anti-human trafficking conference in Wellington. ‘Take a look instead within your home, your office, and at what you wear. Reflect as well on the restaurant you are heading to for a meal. Exploitation of workers and people trafficking exists within our country.’

‘In terms of trafficking—slavery—yes it does exist in New Zealand,’ confirms Rebecca Miller, who heads up the work of human trafficking for Immigration New Zealand. She can’t talk about cases currently being investigated, but says the Serious Offences Unit has its hands full and ‘there’s a lot of work in this space’.

New Zealand has been slow to ‘turn over the stone’ on trafficking, admits Rebecca. Australia recently announced it will bring in legislation similar to the UK’s world-leading Modern Day Slavery Act. But in New Zealand the conversation has barely begun. It may be years before we are ready to legislate.

In December last year, the first conviction in New Zealand for trafficking was a painfully typical example of modern-day slavery. Raroz Ali, a Fijian national with New Zealand residency, set himself up as a family business and ran an advert in Fiji selling a dream: working in God’s Own Country and earning seven times what they could at home.

‘They paid a lot of money upfront for food and accommodation, but once they arrived in New Zealand they were put to work [in Ali’s construction business and picking fruit in the Bay of Plenty] for little or nothing at all. They were forced to sleep in one room with no bedding—men and women together,’ says Rebecca.

‘It wasn’t until they were given the opportunity to go to church that it came to the surface.’ A church member struck up a conversation with one of the Fijian workers, and the story started to unfold. Sensing that something was amiss, the member had the tenacity to contact their MP, who then reached out to Immigration New Zealand.

It took two years and around 6000 hours to build the case against Ali, who was convicted of 15 counts of human trafficking and sentenced to nine years, six months in jail. The conviction was a huge achievement for Rebecca’s team and a game changer for New Zealand.

But trafficking convictions are notoriously difficult to get over the line. For one, they rely on the testimony of the victims, with tenuous ‘he said/she said’ evidence. ‘So much of the prosecution depends on the victim’s testimony, but they’re in the process of coming to terms with what they went through and you don’t want to re-traumatise them, so it’s a very delicate process,’ explains Rebecca.

Evidence has to be collated from both New Zealand and off-shore, meaning different jurisdictions and different rules. Then there are the layers of bureaucracy, including investigative and legal teams, Crown Law and the Solicitor General. With each step up the ladder, a case could fall over.

Tip of the iceberg

‘Whether you prosecute one or two traffickers or you prosecute hundreds, the likelihood is—always and everywhere—that you’re seeing only the tip of the iceberg,’ summed up Demian Smith of the US Embassy at the anti-trafficking conference.

Despite only one conviction in New Zealand, many more stories echo of human trafficking. Christina Stringer’s research at Auckland University found 105 people forced into exploitative labour. She interviewed a migrant farm worker who had been forced to kill those calves with a hammer— something he found ‘abhorrent’. But is this slavery, or just a horrible example of labour abuse? The toxic combination of factors that keeps a person enslaved is complex.

‘A lot of imagery around trafficking is of people in chains, but this is misleading,’ explains Rebecca. ‘Victims have freedom of movement and are living their day-to-day lives amongst us. They may not approach authorities because of debt bondage—a lot of migrants pay huge amounts of money upfront and may have borrowed something like $30,000 from family members, friends or the community, so there is a real financial loss, and stigma and shame. ‘

Others fear authority—a lot fear deportation, and traffickers will use this to control their victims.’

The survivors Dr Stringer interviewed were often verbally and physically abused. One victim was forced to live on food scraps, but didn’t press charges because his employer continually told him, ‘You don’t know my powers.’ Another was told that ‘nobody’s gonna find your dead body in New Zealand’.

Debt bondage is another tool of the traffickers’ trade— victims are told they must pay off exorbitant debts before they can be freed from their labour ‘contract’. A group of Filipino nurses were lured to New Zealand before being ‘forced to sign a form on the tarmac and being bonded up to two years’. Of course, the ‘debt’ will never and can never be repaid.

Most victims of trafficking in New Zealand are migrants on temporary visas. But the immigration framework has serious—and sometimes dangerous—limitations. Victims may be deported back to their home countries and right back into the hands of traffickers.

Jasjeet Singh and Raghbir Kaler were lured to New Zealand under false pretences and trafficked in the Nelson region. They testified in court against their alleged trafficker, who was found not guilty of trafficking but convicted on lesser charges. Singh and Kaler were turned down for residency, but say they have received death threats, violence and intimidation in India because of their testimony.

‘Under the Plan of Action, it’s a victim’s right to apply for residency if it is too dangerous for them to return home, but there are no guarantees,’ admits Rebecca.

And trafficking is not limited to migrants. New Zealandborn victims were among those interviewed by Dr Stringer. People don’t need to be moved across country borders to be trafficked. If the horrifying story of the nine-year-old girl tied to a bed could be any worse, it is this: she was sold for sex by her own mother. This is child abuse at its most vile. But the girl was also used as a commodity by her mother to make money. Within this framework, it is slavery as well.

In the sex industry, ‘boyfriend figures’ lure girls and ply them with drugs until they are addicted. Then they sell the girls for sex in exchange for drugs. This is also slavery.

Ultimately, the issue is not about immigration, but our increasing desire for cheap labour and services. ‘A global push for cheap labour is seeing an ongoing increase in the need for migrant workers, especially for the “3D” jobs—dirty, degrading and dangerous—that national workers won’t fill,’ says Chris.

A key—perhaps the key—to cutting off slavery at its roots is not with government, but with us. It’s with what we buy, and how businesses source the goods that we buy.

Business innovators in New Zealand are beginning to get on board with the message. Rob Fyfe, influential CEO of Icebreaker, recently gave a speech in which he admitted that ‘we actually know more about the welfare of the sheep in our business than the welfare of our people’. Businesses brave enough to ‘turn over the stone’ and stop slavery in their supply chains have the ability to eradicate slavery. They may yet become the heroes of the anti-trafficking movement.

‘Governments can’t do it alone and we’re not going to be able to prosecute ourselves out of this problem,’ says Rebecca. ‘It takes all of us working together.’