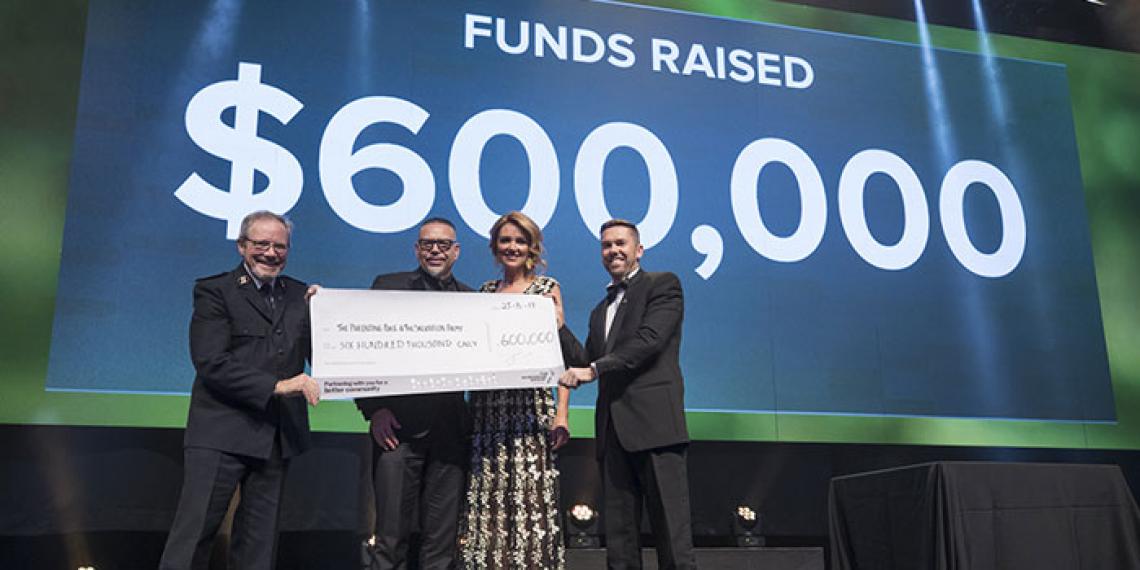 Fathers and children breaking the cycle of family violence have received a more than $600,000 boost.

The Salvation Army and The Parenting Place have launched a new programme to rebuild families who have struggled with violence, called Breakthrough. It will begin in February and help 600 fathers and their children over two years.

Salvation Army Public Relations Director Shane Chisholm said the Army was excited about the potential of Breakthrough to make a real difference in transforming lives for families and helping address a serious need in New Zealand.

The Warehouse Group has been a major supporter of The Salvation Army, including backing its Aspire and Kiwi Next Generation programmes providing mentoring and support to teenagers during the past three years. The Army was honoured to be chosen, along with Parenting Place, to be supported through the dinner, he said.

‘It was great to be part of such a fantastic evening and seeing business leaders of New Zealand making a significant commitment to bettering families lives.’

The Warehouse Group Chief Executive Nick Grayston said he had talked to many people affected by harrowing stories of abuse and deaths in New Zealand, which has one of the worst rates of family violence in the world.

‘The Breakthrough programme addresses a critical service gap – supporting Dads to change.  While there are some existing programmes to help fathers address their violence, this will be the first comprehensive initiative in New Zealand designed to strengthen the relationships between at-risk Dads and their kids.’

Sir Michael Jones, former All Black and Breakthrough Ambassador, said the programme will provide fathers with practical and meaningful support to build and nurture a resilient and healthy family.

‘Children who grow up in such environments are much more likely to succeed in life, and I believe every Kiwi child deserves this opportunity.’

Whilst fathers with a history of violence will be the focus of the programme, mothers will be included at key milestones to provide the supportive whānau environment fathers need to apply what they’ve learnt. The hope is that participants will share their skills and knowledge, along with the impact on children which will help make lasting change across generations.