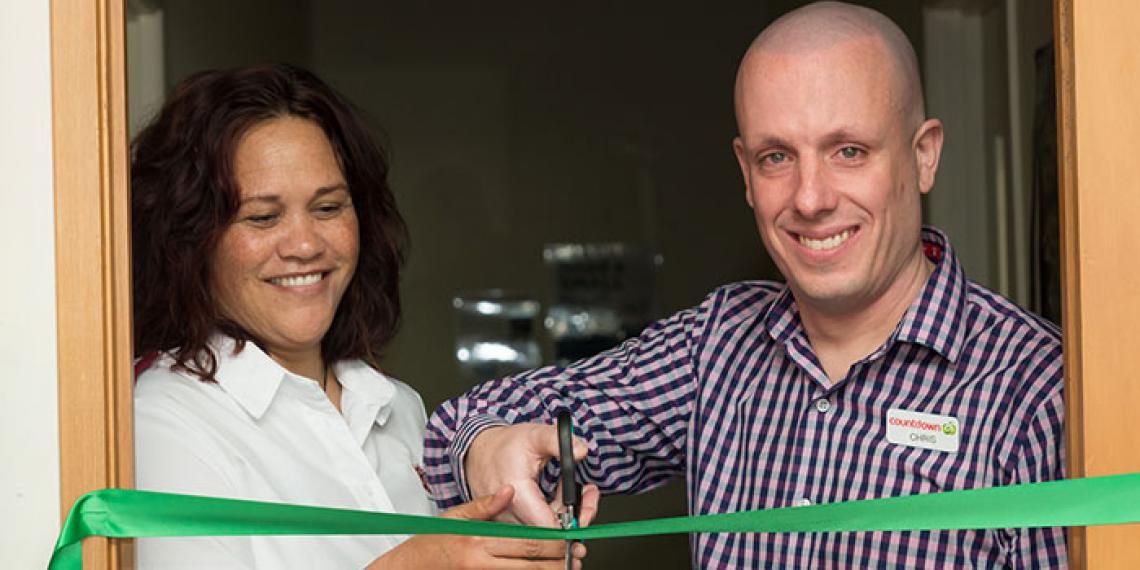 The Salvation Army’s Whangarei foodbank is set to open an extra day each week thanks to a $15,000 donation from Countdown. The much-needed financial boost will bring the foodbank’s operating days from four to five, a move the Salvation Army says is needed to meet rising demand in the community.

“We’re seeing increased demand for food parcels across Whangarei and the wider Northland region. Countdown’s generous donation will enable us to open the food bank doors one extra day each week so we can provide help and support to more people in need,” says Major Waugh.

“Our partnership with Countdown is invaluable in providing support to our local Whangarei community, as well as nationally through Countdown’s Food Rescue programme.”

The move to five-days-per-week was celebrated today with an official re-opening of The Salvation Army Whangarei foodbank.

Countdown’s Northland regional manager Chris George says the business is proud to build on its existing food rescue relationship with The Salvation Army.

“Countdown stores throughout Northland already donate safe, high quality surplus food to The Salvation Army to help feed members of the community struggling to make ends meet. We’re proud to extend this support to The Salvation Army through funding that enables the foodbank to open Monday to Friday,” he says.

The Salvation Army currently gave out 2744 food parcels in Whangarei to the year ending 31 March 2017 as well as providing support via budgeting services, advocacy and social services.

Countdown’s Food Rescue programme donates around $3.5 million in food each year to charity partners including The Salvation Army.