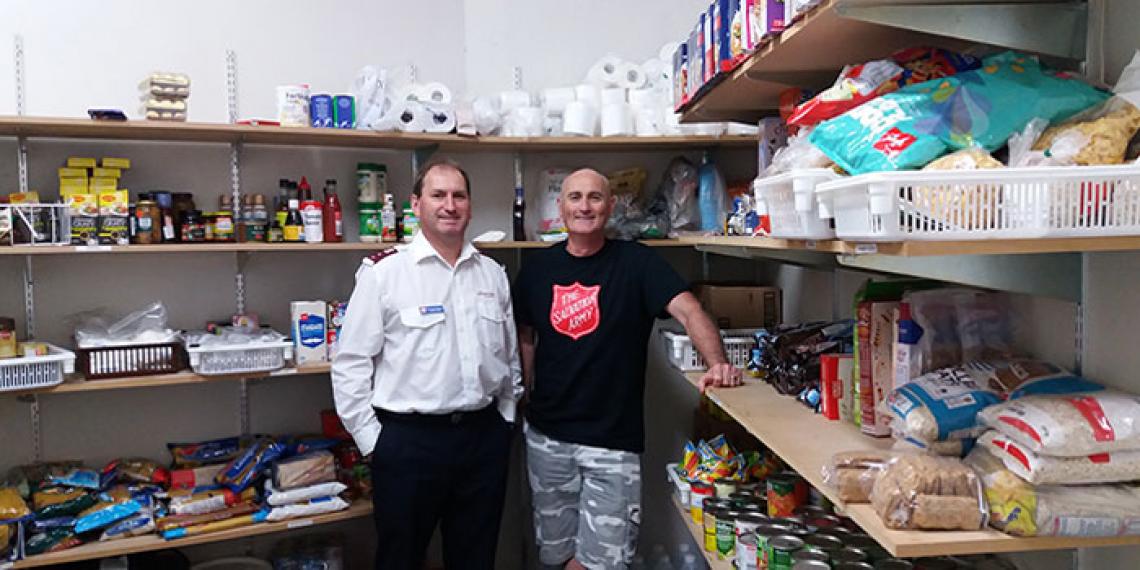 The country’s first online foodbank is expanding again to meet growing demand after reaching more than a quarter of a million dollars in donations.

The Foodbank Project is designed as an online shop, with people going to the website www.foodbank.org.nz to buy items needed by foodbanks. Countdown supermarket then deliver the items to 11 Salvation Army foodbanks or Community Ministry hubs around the country.

The online store was set up by Nelson web developers Lucid, Countdown supermarkets and The Salvation Army in 2015, with deliveries initially going to hubs in Auckland, Hamilton, Wellington, Christchurch and Dunedin.

Growing demand has seen it able to add deliveries to Whangarei, Gisborne and Nelson, and this month it has begun delivering to three additional Auckland foodbanks in Glenfield, Manukau and Waitakere. The new hubs came as the website celebrate passing $250,000 worth of donations at the start of April, with a special award given by The Salvation Army to Lucid to celebrate the milestone.

Over the two years, the site has attracted more than 4000 donors from New Zealand and overseas—including donors from Israel, Indonesia, France, the United States and the UK.

Nelson Community Ministries Foodbank Manager Mike Goodman said getting the weekly delivery of goods donated through the site had been great in keeping up their supplies with items they needed, especially when donors set up recurring donations to send items weekly, fortnightly or monthly.

‘It works really well. The items on the website are ones we use regularly, so it’s good in making sure we get what we need in. It’s stuff we can use to make good family meals. For us in Nelson, someone’s done a recurring donation of hygiene products, so we can supply these more readily to people who need them, which is also great.’

The site features bundles of items to help people donate for a particular need, such as essentials for a family, to help fill school lunch boxes, or for events like Easter and Christmas. This had an unexpected bonus for the Community Ministries, Mike said. ‘Last year we did all our Christmas hampers that way, we ordered the Christmas bundles off the website. It was great, all we had to do was add some sweet stuff when they arrived and pack them. It was really nice and easy.’

Hamilton Community Ministries Business Manager Ros Waho said the donations had been ‘fantastic’, especially at times when the foodbank was running low on food. There had also been occasions when they had been able to share surplus donations with other foodbanks around the region. ‘It’s been a real blessing, because we do rely quite heavily on donations from the public. We’re really, really grateful because they’re definitely needed.’

Altogether, 91,000 items ranging from baked beans to fresh vegetables, fly spray and cleaning products have been donated by shoppers, with $0.99 packets of penne pasta proving the most popular item to donate.

Donors have also used the store to back Salvation Army campaigns, with people donating over 13,000 sanitary items worth $47,000 in the past 10 months as part of the Army’s campaign to support women who cannot afford them.