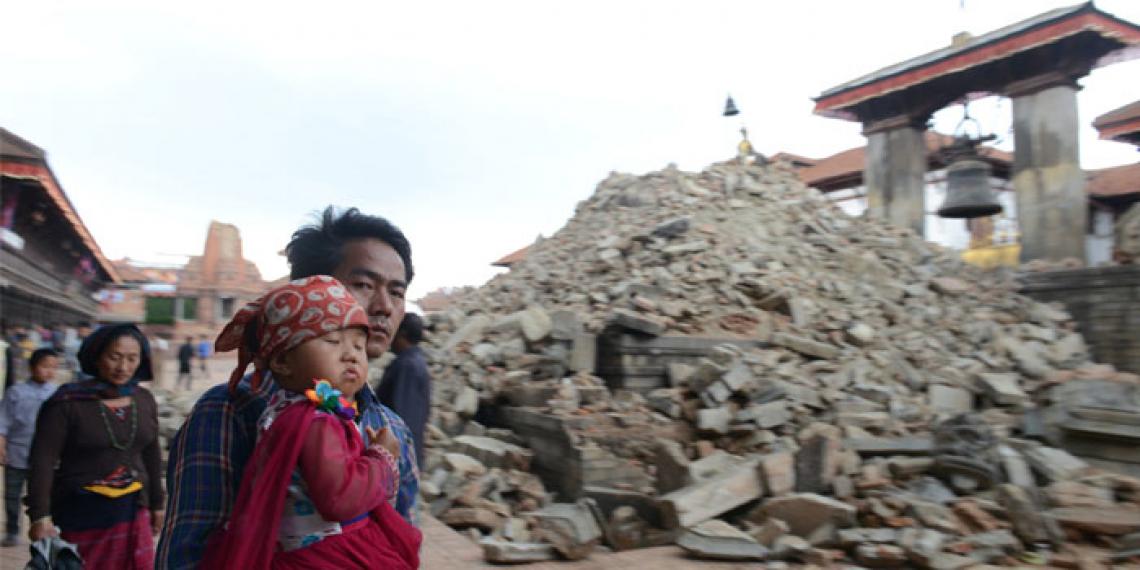 The Salvation Army's emergency team in Nepal is planning a number of distributions, working in camps that have been set up for people who have lost their homes and also in previously unreached communities.

Some of the main initial work is taking place in and around the capital, Kathmandu. The team has received official permission from the Chief District Officer to work in Durbar Square Camp, which currently hosts approximately 1,200 people (100 families). The camp is in Bhaktapur, next to an ancient city – listed as a World Heritage Centre by UNESCO – which used to have beautiful palace courtyards, temples, wood, metal and stone artwork.

The Salvation Army has been asked by the CCCM (camp coordination and camp management) cluster if it would consider taking on camp management responsibilities for one or more camps. The cluster lead knows some International Emergency Services team members who worked in Haiti and remembers their involvement in the management of a large camp in Port-au-Prince.

The team provided food and water packets to 70 families who had lived in a camp since the earthquake but were leaving and going back home if their houses were not too badly damaged or to friends and relatives. The packets were intentionally kept fairly small (2 kilos of rice, 0.5kg dhal, 250ml oil, 50g salt, 10 packets of noodles and 5 litres of water) in order for them to be portable.

An assessment team has now returned from a three-day trip to Sindhupalchok, where it visited eight villages, none of which were accessible by road. During the trip they walked almost 70 kilometres, sometimes reaching an altitude of nearly 9,000 feet!

The team reported that around 90 per cent of the houses in the areas are damaged, and the potato harvest is still a couple of months away, so the most urgent needs are for food and shelter. With this knowledge in hand, a distribution is planned for Friday 8 May. A total of 225 families from four villages in Sindhupalchok will be given food (rice, dhaal, oil and salt), tarpaulins and ropes. The distribution will take place at a central resort, meaning that some of the families will have to walk for up to three hours to claim their goods before carrying them home.

The only way to reach the remaining four villages is by helicopter, which the team is now trying to arrange.

Assessment visits are still taking place – this time on the outskirts of Kathmandu – and the difficult process of obtaining quality goods is also continuing, with a new source of hard-wearing tarpaulins, for temporary shelters, now found in Kolkata, India. An initial load of the tarpaulins is on its way to Nepal.

'During times of disaster, it is crucial for our response teams to provide relief as quickly as possible, and supporters like FedEx ensure that we have the means to do so,' says Lieut-Colonel William Mockabee, Executive Director of The Salvation Army World Service Office (SAWSO). 'Monetary support of this kind not only goes toward providing relief immediately following a disaster, but allows us to serve long after to make sure that communities are rebuilt. Our efforts in Nepal will likely span the coming months and even years.'

Also helping The Salvation Army's fund-raising efforts is the provision, for free, of advertising on a group of signs in New York's Times Square. The Salvation Army's appeal for donations towards its efforts in Nepal is featured for a minute every hour. Times Square, known as the Crossroads of the World, is passed through by around a third of a million pedestrians every day.

One piece of particularly good news from Nepal is that The Salvation Army's cafe/beauty salon, 'Sisters', has been able to reopen. The cafe and beauty salon provides training and income to women who might otherwise not be able to find employment. The reopening of the venture is seen as a great answer to prayer, after Salvationists and friends from around the world prayed for the project during last week's Worldwide Prayer Meeting.

The disaster and response in Nepal will again be the focus of this week's Worldwide Prayer Meeting. Go to http://sar.my/wwpm for more details, then follow @TSA_WWPM on Twitter and tweet using the #WWPM hashtag.

Please visit www.salvationarmy.org/nepalearthquake to make a donation in support of The Salvation Army's #NepalEarthquake appeal.