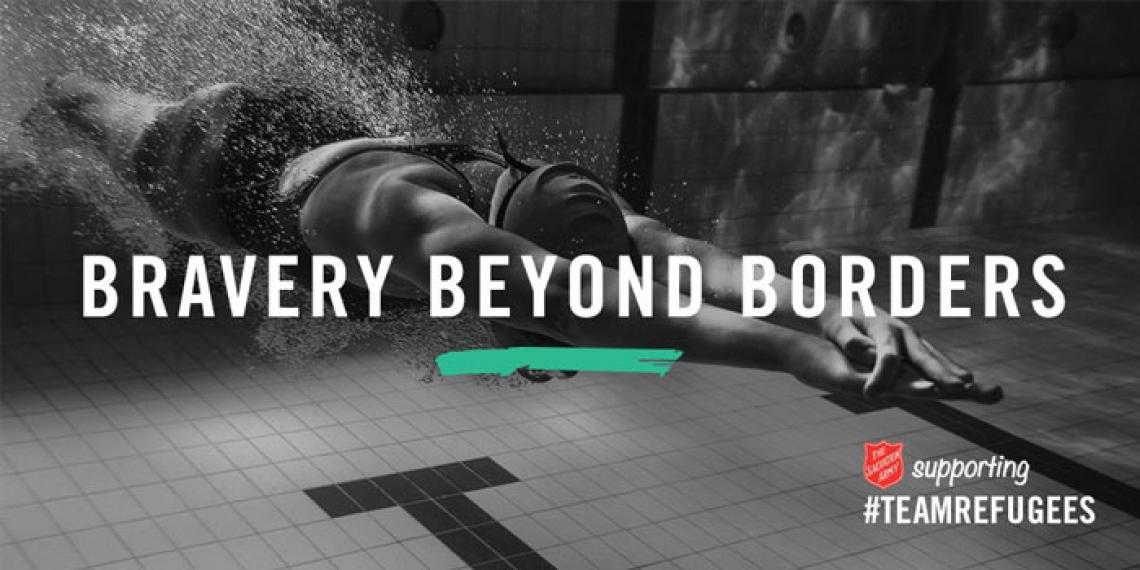 The Salvation Army has been throwing its support behind Team Refugees and the people of Rio de Janeiro during the Olympic Games.

Because The Salvation Army meets human needs in 127 countries worldwide, it has been hard to be partisan at the Olympic Games. But this year’s sporting showcase is a little different, with a team of 10 refugees from Africa and the Middle East competing under the Olympic flag. In recognition of this, The Salvation Army’s International Social Justice Commission is urging people to support Team Refugees.

At a time when more than 65 million people are displaced–many of them children–the participation of a Refugee Olympic Team sends a powerful signal of hope to refugees around the world. The initiative has been developed by UNICEF and the United Nations High Commission for Refugees, in partnership with many other agencies.

Lieut-Colonel Dean Pallant, Director of The Salvation Army’s International Social Justice Commission, which liaises with the United Nations in New York, said the Army was deeply concerned about the millions of people displaced from their homes. Supporting Team Refugees would highlight a global tragedy that is not receiving enough attention, he said.

‘Amid the misery and suffering, the participation of 10 world-class refugee athletes in the Rio 2016 Olympics is a reminder that refugees are people with abilities, skills and God-given talents. The International Social Justice Commission encourages everyone to support the all-refugee team as a small sign of our support for all the women, men, girls and boys who are refugees and asylum seekers.’

As well, more than 100 Salvation Army volunteers are in Rio undertaking mission activities across the city. With international team members representing countries as far afield as Australia, Iceland and Canada, sport will be the ‘common language’ as the life-changing message of the gospel is taken to the favelas.

Captain Ionara Tebas, the corps officer (pastor) and manager at The Salvation Army’s church and community centre in the northern Rio suburb of Méier, was working with the volunteers. ‘It’s a case of visiting the people who might need our help,’ she said. ‘We go to them and get to know the whole family.’ Some of these families have significant needs. Alcohol and drug dependency is widespread, with a serious knock-on effect on family income.

The Salvation Army’s Rio 2016 mission has been seeking to extend some of the fun and enjoyment of the sporting spectacle to these communities. Musical performances, dance events and even treasure hunts have been planned to ensure whole families can participate.

Vânia Quintão, a Salvationist from Niterói—a city opposite Rio across the Guanabara Bay—was part of similar outreach campaigns at the Pan American Games in 2007 and a number of Rio’s famous carnivals. ‘I am looking forward to the arrival of the Olympic Games and being part of this great team of volunteers. I believe [this] is a strategic way … to fulfil our mission as The Salvation Army,’ she said.

Elisa Moura, also from Niterói, agreed. ‘To the vendors, people coming in and out of sports events, and the street people, we can show Jesus.’