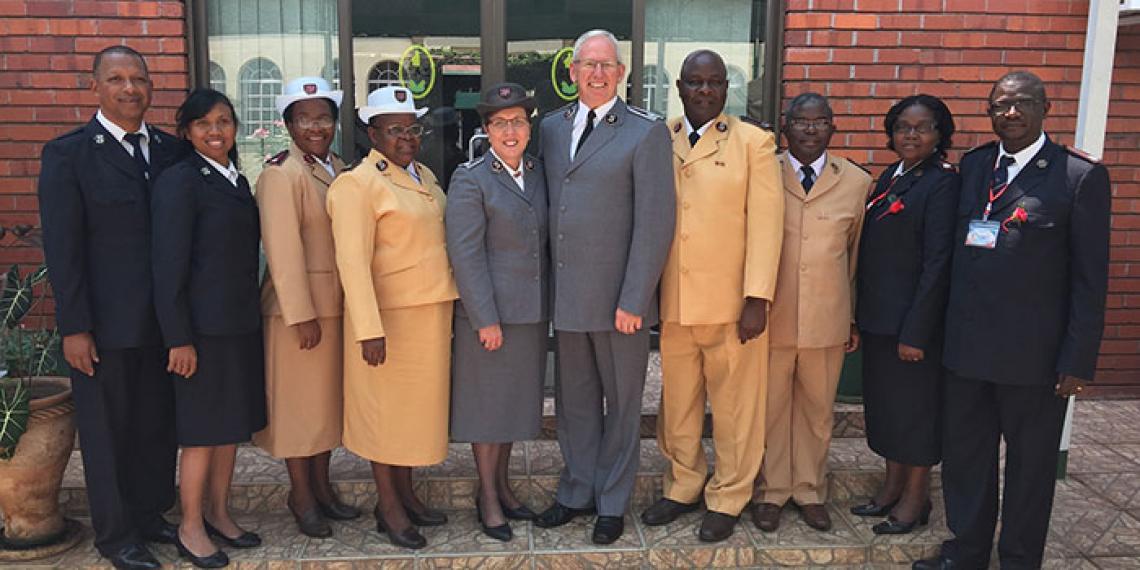 General André Cox has approved the official opening of Salvation Army operations on the island of Madagascar, off the east coast of Africa. This development will bring the total number of countries in which The Salvation Army is officially registered to 128.

This decision comes after prolonged exploration into the feasibility of extending the Army's work to the island, and regular discussions in meetings of the International Management Council at International Headquarters in London. A budget for the first three years of operation has been approved and personnel have been identified to oversee the new ministry.

Majors Jean and Flore Kiala, officers of the Democratic Republic of Congo Territory, have been appointed to lead the work, assisted by Madagascan Salvationists Andriamananony and Annick Rasahoby. Sunday meetings have been taking place for some months; a Home League (women's ministries) programme is developing, making a great impact on the lives of women in Madagascar; and Salvation Army personnel are involved at a school.

The work will develop under the supervision of the Zimbabwe Territory where, during a recent visit in connection with the 125th anniversary congress, the Chief of the Staff, Commissioner Brian Peddle, announced the new opening on behalf of the General. The Salvation Army flag that will soon fly in Madagascar was proudly carried on the congress march-past by Majors Kiala as the Chief of the Staff took the salute.