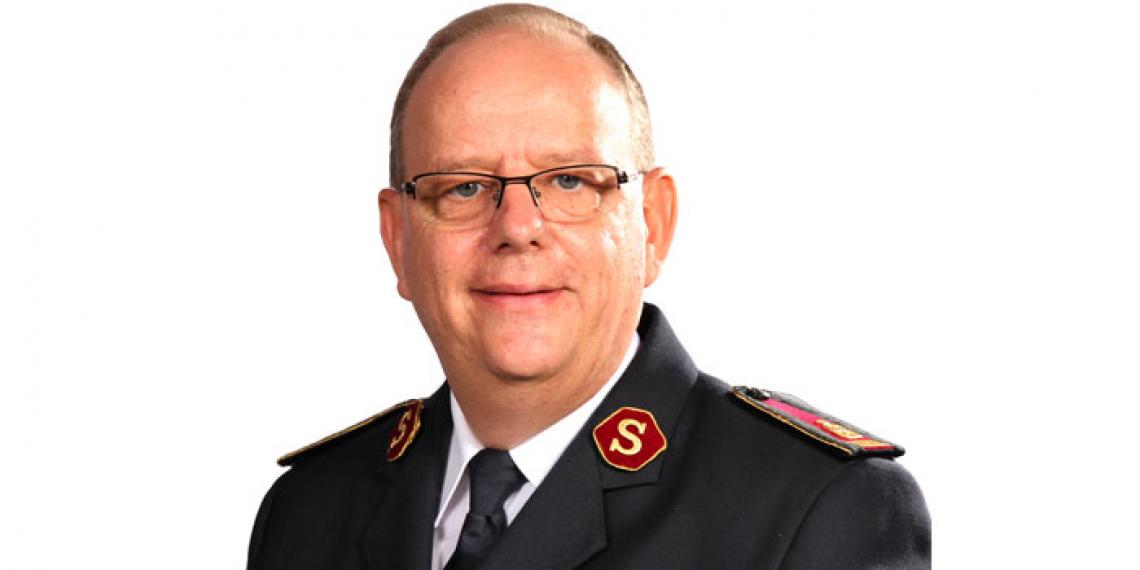 Leaders of every Salvation Army territory and command met in New Jersey, USA, for a General's Consultative Council (GCC) meeting that was arranged specifically to look at the Army's Accountability Movement.

This continues the work that began at the International Conference of Leaders in Singapore in 2014, which put forward key areas that The Salvation Army needs to address. Since then, The General has made use of the GCC – sometimes including every leader, at other times featuring a representative group – to consult senior leaders and other key stakeholders in moving the agenda forward.

The theology and thinking behind the Accountability Movement is explained at accountability.salvationarmy.org, which includes links to download the booklet Journey of Renewal, which gives a full explanation of the movement. Originally produced in English, Journey of Renewal has been translated into Korean and Mizo, and will soon be available in French, Spanish and Portuguese. Other translations are under way.

The Governance, Child Protection and Finance workstreams of the Accountability Movement have made significant progress. This GCC provided an opportunity to celebrate the work already accomplished and enable territories and commands to consider how they implement new ways of working within their context and legal constitution.

Progress also continues to be made on the Impact Measurement workstream, which – it is recognised – connects with the other streams as well as having its own focus. All four workstreams of the Accountability Movement are connected by three key principles: leadership development, capacity building and communication.

The Finance workstream has let to the implementation of the International Finance and Accounting Standard (IFAS), only the third edition of a manual of accounting practices in The Salvation Army's history. The introduction of IFAS will enable The Salvation Army to provide real-time information to territories/commands, providing cloud-based systems and storage. Technical support will be available as needed, to the benefit of all 128 countries in which The Salvation Army works, also bringing reporting systems up to date.

The team headed up by the International Headquarters (IHQ) Head of Finance, Dr Matthew Carpenter, demonstrated what can be achieved by bringing together a gifted group of people that transcends territorial, language and cultural boundaries to achieve a significant piece of work in a short timeframe.

The Child Protection workstream is also making good progress, and the appointment of an International Director for Child Protection enables The Salvation Army to be strategic in developing robust safeguarding policies in each territory and command. Jane Dodds comes to the role with considerable experience and is already making headway in connecting with the worldwide Army. Considering that each day there can be up to an estimated two million children within some form of Salvation Army programme, this is an important area of focus.

In considering the Governance workstream, it was recognised that the world is changing, with many organisations coming under the spotlight and a greater level of accountability and transparency being called for. To this end, much work has been done on the differentiation between management and governance to enhance internal and external accountability and transparency. The New Zealand, Fiji and Tonga Territory has pioneered this work, learning valuable lessons for how principles and standards can be translated into cultures and legal frameworks. IHQ has demonstrated its commitment to this area of work in the appointment of an International Secretary for Accountability and Governance, with Commissioner Robert Donaldson taking up this appointment on 1 January 2017.

After a few days of dialogue and participatory workshops, the group of international leaders was able to agree on the following statement:

Delegates acknowledged that work still remains to be done, and much has to be thought through. 'Having said that,' concludes General André Cox, 'we celebrate the unity within this group of international leaders as we grapple with significant cultural and organisational change, seeking to be fit for purpose in a new and changing world.'