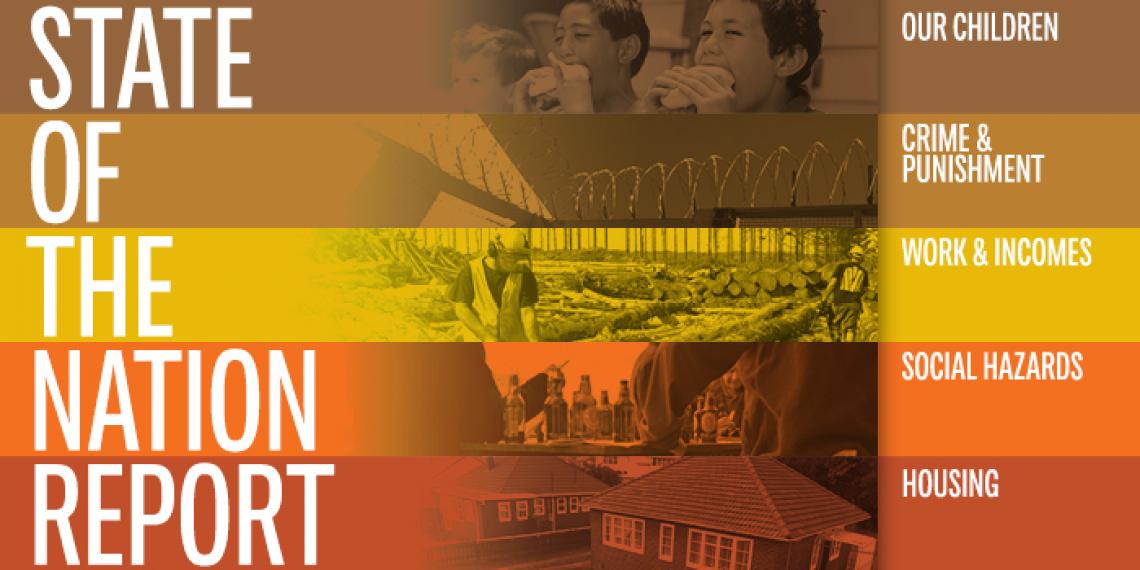 Read the 2017 State of the Nation Report here.

Its latest State of Nation report shows efforts to provide adequate housing, reduce child poverty and stop re-offending have gone off track and need effective policy approaches and action to address these issues.

The Salvation Army’s tenth annual State of the Nation report highlights some areas of social wellbeing where little or no progress is being made. These include:

‘In the past year Auckland experienced a 12-year high in new housing consents, but during the same time across the country the housing shortage got worse and housing became more unaffordable for people,’ says Lt. Colonel Ian Hutson, Social Policy Director. ‘This can’t continue. Housing policy needs to provide a sufficient supply of affordable houses.’

Over the past five years various reports, warnings and commentary by child protection experts have outlined the disturbing realities of child poverty in New Zealand. Despite this information and Government promises of action the present rate of child poverty has not changed, says report author Alan Johnson.

The report also identifies that despite spending $850 million dollars annually on running prisons and a plan to spend one billion dollars on new prisons, recidivism worsened in the past year.

‘We are spending big on prisons, but failing to ensure that when people come out of prison they have work and a place to live, the two essentials in ensuring people don’t reoffend,’ Alan Johnson says.

The report does show that strong policies and leadership have had a positive impact on enrolments in Early Childhood Education, especially among our poorest communities.

Similarly, it acknowledges Government policy direction is having a positive impact in creating rising employment and growing GDP, plus reductions in youth offending and teenage pregnancies.

Hard questions remain though. ‘In an election year, it is timely to challenge all who would aspire to govern—and, in fact, all New Zealanders—to think deeply about the social progress we want to achieve for ourselves and our children,’ says Ian Hutson.