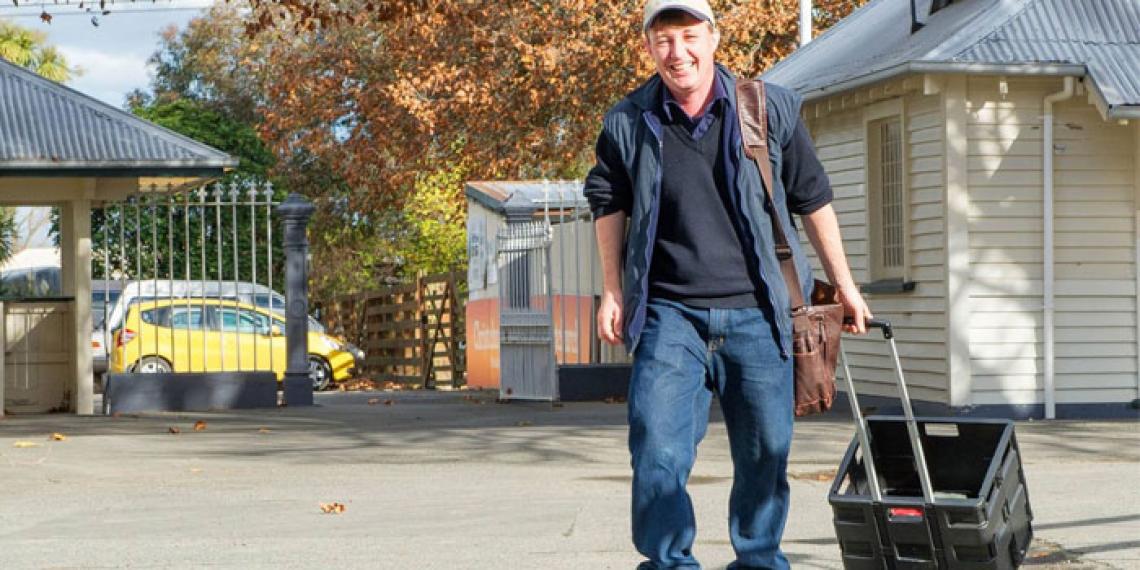 The country’s first racing chaplain is going full-time as part of a growing Salvation Army work in the racing industry.

Based in Christchurch, Chaplain Andrew McKerrow became the country’s first horse racing chaplain two years ago, working part-time before being appointed to work full-time in the industry this year.

Through Andrew’s work, The Salvation Army Bridge has also signed a partnership with the Racing Integrity Unit (RIU)—which oversees rules and regulations for harness racing, greyhounds and thoroughbreds nationally—to be its provider of drug and alcohol rehabilitation services.

The agreement has seen a Salvation Army drug and alcohol worker in the Waikato appointed on an 18-month trial to work full time in racing, helping people in racing who fail drug tests, or are struggling with addiction issues and to support the board in its policies.

‘The board was saying they have a responsibility to police this issue and they were in a position where they were just punishing people, but not able to help them. I came in and said, “I’m really confident we can provide that part for you,”’ Andrew said. ‘As far as I’m aware there isn’t another sporting body that’s tackled this head on like this.’

The start of the agreement was a good example of the success of Andrew’s work, coming after one of the country’s best jockeys unexpectedly failed a drug test.

‘The positive test was confusing to him. He had an alcohol problem, but didn’t take drugs. He had probably been drinking the weekend before and unknowingly taken something.

His partner phoned me and said, “Is there any way you can help him?”’Andrew had been discussing the possibility of offering reduced bans to riders who agreed to do a drug and alcohol rehabilitation programme, and managed to arrange a trial for the jockey.

‘He’s coming up a year sober now and he’s riding like a young fella again. Over the years alcohol was plaguing him, but he’s just not looked back. If I had to walk away from all this tomorrow, I’d be satisfied we were able to be part of his journey.’

It’s just one example of how the chaplaincy works, Andrew says. And his ministry is starting to take off, having doubled in the past four months.

‘It’s huge, it’s growing and it’s getting more urgent. This is an industry of tens of thousands of people and there’s not one intentional Christian saying this is their place of mission —that’s massive potential.’

In addition to going to race days, Andrew jokes that his work involves a lot of hanging around, talking to people and offering them chocolate.

He visits three or four stables regularly, as well as going to the jockey apprentice school and working one-on-one with people. ‘I have got about 15 or 16 people I’m working with individually on life issues.’

Although he started on his own, Andrew said he’s been inspired by the large and active racing chaplaincy community in the United States, which has welcomed and encouraged him. He has worked hard developing a strong model of racing chaplaincy so others can take it on and help it grow, and is excited to see what the new role will bring.

‘I said when I started, “Give me six months, and if it’s not working send me packing.” The acceptance and the trust from the industry is huge. I’m confident we’re making a difference and excited about the opportunities in front of us.’