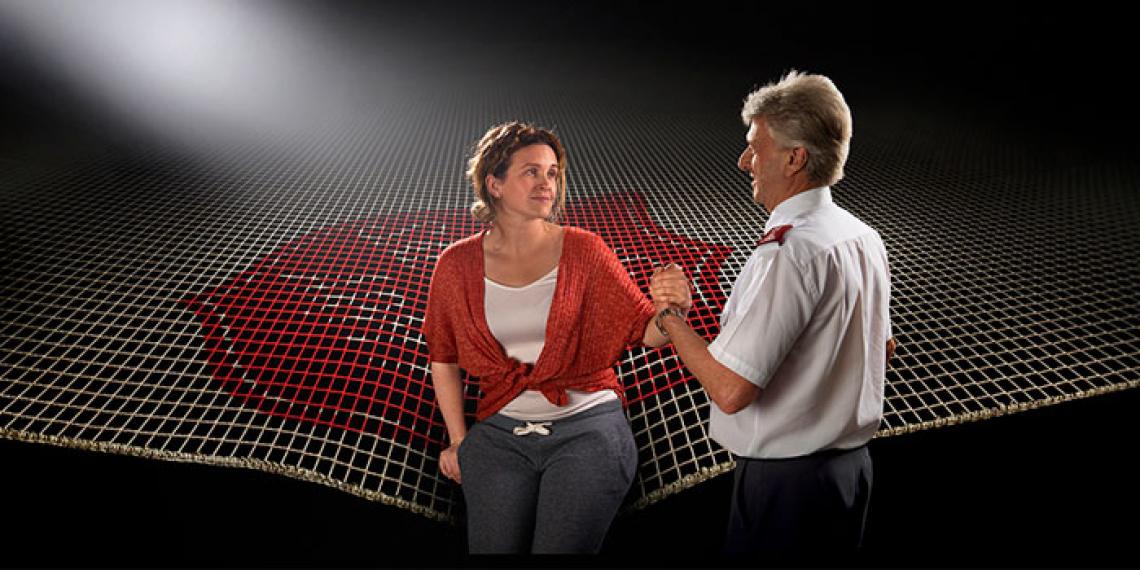 Each year the Davey Awards honours the best in web, design and video advertising from around the world, with a focus on delivery by smaller agencies. Winning entries are selected by a panel consisting of members of the Academy of Interactive and Visual Arts. This year over 4000 entries were received from around the world.

The Davey Award derives its name from the story of David, who defeated the giant Goliath with a big idea and a little rock. It looks to honour the achievement of the ‘creative David's’ who can make a significant impact with limited resources.

The winning TV advertisement featured a memorable visual of people falling into a Salvation Army-branded safety net. The concept clearly communicated the many different ways that people can fall into desperate need, and The Salvation Army’s continued commitment to meeting this need.

‘We needed these commercials to both create awareness of social issues currently facing our country, and to clearly communicate the opportunity for people to be a part of the solution by financially supporting the work of The Salvation Army.’

The concept was developed by creative agency Black, and together with The Salvation Army it was brought it to life though a variety of advertising and communication channels.

Black’s director, Mark Davey, says he was happy to work with The Salvation Army. ‘Together we managed to communicate in a stunningly simple way the work of the Sallies as a safety net to all.’