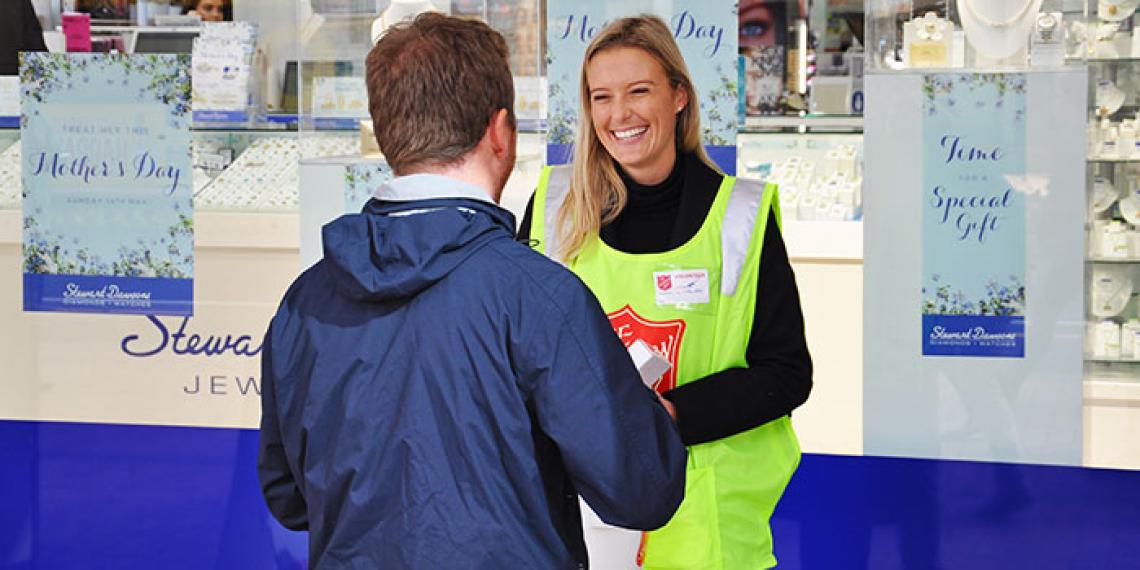 The huge effort saw collectors out on the streets for a total of almost 15,000 hours collecting funds to help The Salvation Army’s work fighting poverty in New Zealand.

Territorial Director of Public Relations Shane Chisholm said the Army was extremely grateful to everyone who gave up their time to collect. Collectors not only raised the profile of the Army in the community, but were adding vital funds to support The Salvation Army’s work. ‘One thing we see every year is that the more hours we have people out there collecting, the more donations we receive. Every extra dollar this appeal raises will in turn allow us to do more work helping end poverty for New Zealanders, so it really makes a difference.’

Church members, Salvation Army staff and supporters were joined by volunteer organisations in some parts of the country, with an appeal for public volunteers helping to bolster collector numbers.

Wellingtonian Hannah’s decision to be a collector came from her desire to give back to the community. ‘The Salvation Army is a great cause, and in this day and age it's really important to think of others who need help. Poverty is a massive issue and it's everywhere. So any steps we can take—no matter how small—to help alleviate poverty, is huge. Every bit counts.’