United in love | The Salvation Army
Skip to main content 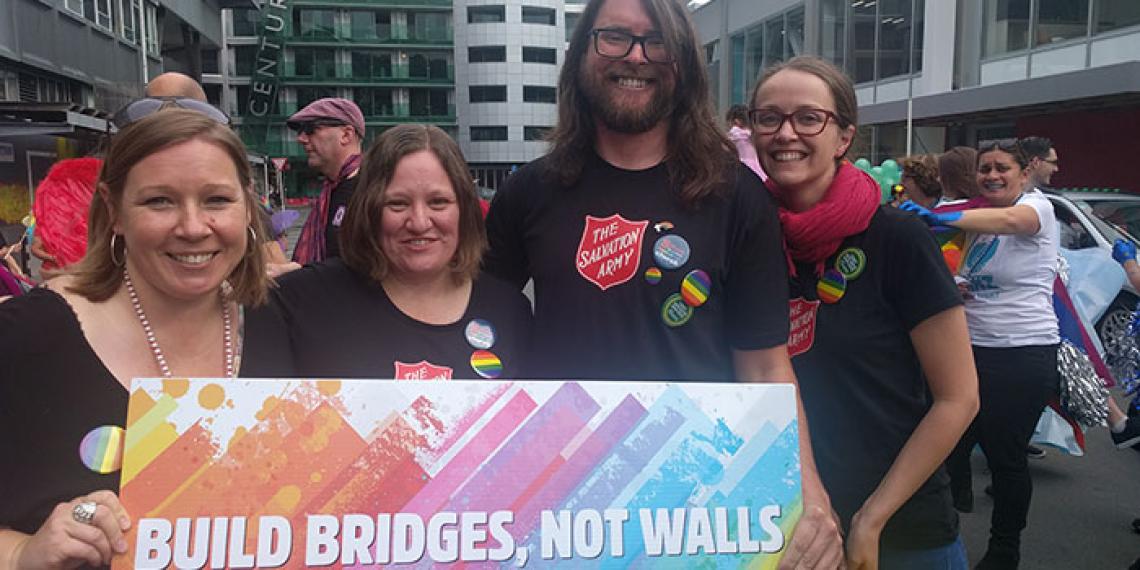 Salvationists were at the Wellington Gay Pride Festival in March as part of a ‘Faith Communities United in Love’ group with Presbyterians, Anglicans and Quakers.

The group took part in a march and ran a stall giving away free baking—with their stall sponsored by Rainbow Wellington.

‘The Salvation Army has said it wants to rebuild bridges of understanding with the gay community. Taking part in this festival was a way to do that,’ said Major Christina Tyson, who was part of the group’s organising committee with Salvationist Craig Hutson.

‘Some older people were surprised to see the Army given our opposition to homosexual law reform in the 1980s. I think it was helpful for them to express some of the pain this had caused—and for us to listen. It was  encouraging to see that younger people were very comfortable talking to us.’

The Salvationists arrived early and helped set up marquees. They also assisted when a Rainbow Wellington volunteer was injured and required hospital treatment. ‘It felt natural as Salvationists for us to be involved by serving. It was good to have the chance to challenge the negative stereotype “that Christians don’t like gay people”, and to instead demonstrate that we care about LGBTI people and want to provide spiritual and practical support,’ said Christina.

The international Salvation Army website says, ‘The Salvation Army stands against homophobia, which victimises people and can reinforce feelings of alienation, loneliness and despair. We want to be an inclusive church community where members of the LGBTQ community find welcome and the encouragement to develop their relationship with God.’