Wellingtonians Challenged to Spend a Night on the Streets 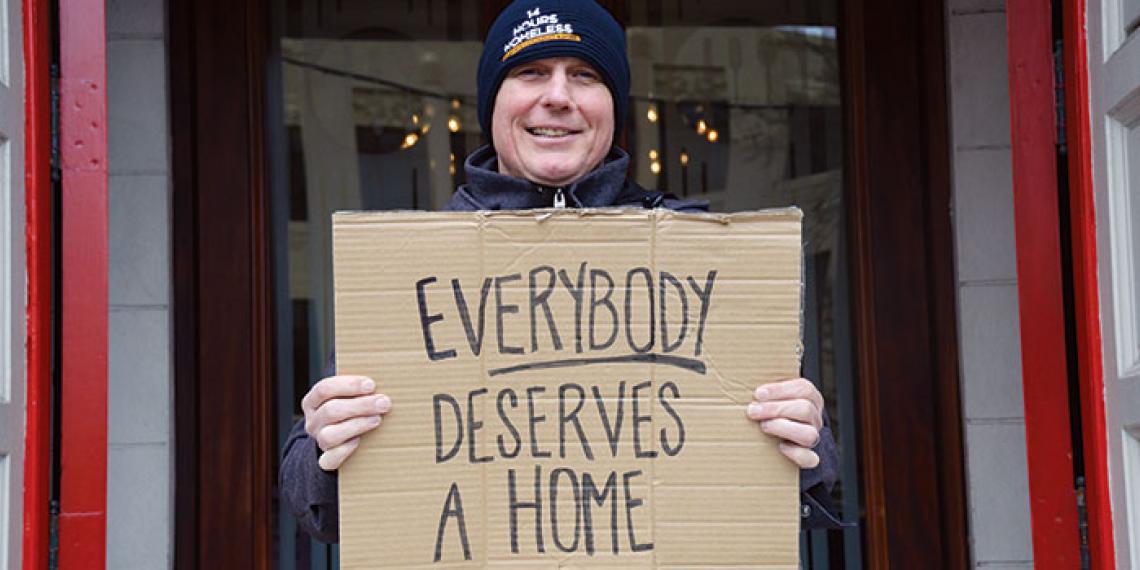 Well-known hotelier Olivier Lacoua and restaurateur Steve Logan are challenging other Wellington restaurant and hotel owners to join them and their staff sleeping on the streets in central Wellington for 14 Hours Homeless.

Now in its third year, Wellington’s 14 Hours Homeless event provides an opportunity for people aged 18+ to join with co-workers, friends and family along with hundreds of others on October 7 to learn more about the issue and raise funds to help the agencies working to make a difference in the nation’s capital.

Five community groups working with homeless Wellingtonians have teamed up again to run 14 Hours Homeless and hope up to 300 people will join them on the night to hear about their work before sleeping out on cardboard, on couches and in cars. By seeking sponsorship, participants will also raise funds to help each agency tackle a specific aspect of homelessness that will help some of the city’s most fragile and isolated citizens.

CQ Hotel General Manager Olivier Lacoua says taking part in the event was an easy decision for him and his team. “14 Hours Homeless is a chance to build empathy for the one-in-100 Kiwis struggling to find suitable permanent housing, and to raise funds that will drive positive change in our city,” he says.

Co-founder of Logan Brown Steve Logan says, “Homeless people are part of the colour that makes up our Cuba St community. Experiencing 14 Hours Homeless is a great way for me to do more than giving them a smile or dropping a coin in a hat. Putting myself in their shoes means I can understand their situation better—and I’ll be supporting the services that are helping them every day.”

Recent University of Otago analysis on the 2013 census showed that 41,000 people (approximately one in 100) were living in severe housing deprivation in New Zealand. More than half were families with children. Housing ranged from living rough or in emergency shelters, boarding houses and maraes, to squeezing into over-crowded housing, or living in rented or owned housing still woefully short on basic amenities.

Last year, 14 Hours Homeless in Wellington attracted more than 200 people and raised over $60,000.

Events are also being held in Auckland, Napier, Palmerston North and Invercargill.

For more information, and to sign up as a participant or sponsor, go to www.14hourshomeless.org.nz/event/wgtn