Part 1: The Truth about Lies 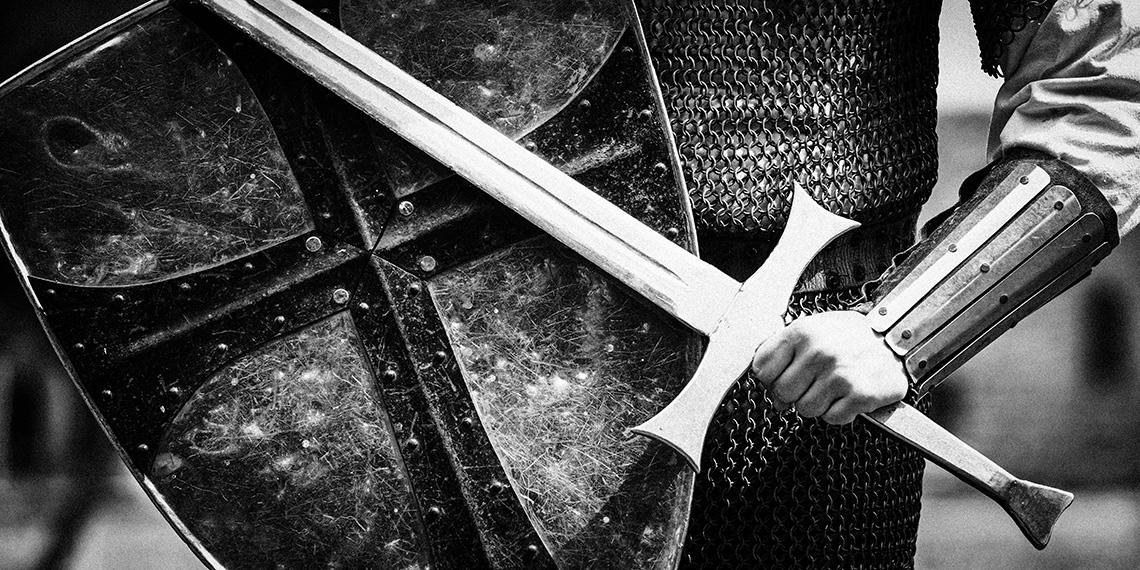 In part one of this occasional series on the armour of God, we uncover the truth about lies.

When it comes to playing ice-breaker games, you either love them or hate them. A general crowd favourite though is ‘two truths and a lie’. For the uninitiated, the object of the game is to share two things about yourself that are true and one that is a lie. The winner of the game is either the one who can lie in such a convincing way that the truth is dismissed, or the person who uncovers the lie by correctly identifying the truth. Some of us are better at this game than others, because—obviously—it all comes down to how well you can tell a porky!

When it comes to our identity in Christ, we can sometimes struggle to separate the truth from the lies. As believers, it is paramount that we know the truth about who God is and what he says about us, well enough to recognise any lies the enemy might throw at us.

Like all con men, our enemy goes by a few aliases—the Devil, Lucifer, the Prince of Darkness. Yet, just like a noxious Dad-fart that sneaks up and catches us off guard, we may not be able to see him, but we cannot mistake his work! He’s the one whispering, ‘You’re not good enough’ or ‘You don’t measure up compared with everyone else’. He’s the one telling you that you don’t make enough money or that you are unlovable. He’s the one attempting to fool you into believing that God might be willing to forgive some people, but not people who’ve done what you’ve done.

The truth about lies

Like the game ‘two truths and a lie’, we need to be able to identify the lies and unleash the truth. God’s truth beats the enemy’s lies, every time. In her 2015 book Fervent, Priscilla Shirer affirms that, ‘We must serve our enemy notice that we know the truth of who we are!’

In John 8:44, Jesus calls Satan ‘the father of lies’. Not only that, Jesus states clearly that there is no truth in him. None. Zip. Zero. Nil. Nada. That is why Satan’s lies have no power over a believer who knows God’s truth and declares it daily.

In Ephesians 6:10–11, the Apostle Paul urges believers to, ‘Be strong in the Lord and in his mighty power. Put on the full armour of God, so that you can take your stand against the devil’s schemes.’ This is a powerful war cry!

Paul begins by declaring who God is—strong and powerful. In the previous chapters of Ephesians, Paul has had us ‘taking off’ various impediments like falsehood and anger, and ‘getting rid of’ slander and malice. Why? Because he’s clearing the way for us to ‘put on’ something else—something better—some of God’s protective heavy metal!

Paul then says, ‘put on the armour of God so that you can take your stand’. Those two little words are crucial. We’re not just getting dressed up for fun here! Whenever scripture gives us a ‘so that’, we need to sit up and take notice. A ‘so that’ always unpacks the why of what we are being asked to do. In this case, we are putting on the armour of God so that we can take our stand against the Devil’s schemes. And the enemy’s first scheme is to try and manipulate us into thinking he is not real.

Paul addresses this first lie by making it plain that we have a scheming enemy we need to stand against. In verse 12 it says, ‘For our struggle is not against flesh and blood (what we can see), but against the rulers, against the authorities, against the powers of this dark world and against the spiritual forces of evil in the heavenly realms (what we can’t see).’

Priscilla Shirer suggests that in our Western context we have an innate tendency to either underestimate Satan’s schemes and lies or to overestimate his influence and power. The latter leaves us anxious and fearful, while the former renders us unaware and open to his tricks. But we don’t have to take cover and cower in the corner when he attacks; we can stand firm by putting on God’s armour.

…we have an innate tendency to either underestimate Satan’s schemes and lies or to overestimate his influence and power.

God’s truth is a crucial offensive weapon because our enemy is not flesh and blood. Verse 14 instructs us to, ‘Stand firm then, with the belt of truth buckled around your waist’. For a first-century Roman soldier, a belt was crucial. It was a foundational garment, because other pieces of his kit were tucked into it and held together. Protective pieces hung from it to shield vulnerable body parts, as did his sword and other weapons. No soldier went without his belt.

Similarly, we need to be wrapped in God’s truth. What is said about us in God’s Word must come first in our hearts and minds, so we can unleash the truth when the enemy attacks.

Maybe you have been tricked into believing you are less than God says you are. The enemy has been telling you for so long that you’re no good, washed up, incompetent, insignificant, too old, too young, too bad, too dumb … We all get tripped up by these lies from time to time, but God’s truth is the antidote and we all need regular injections of truth, so that we never forget who God says we are.

You are loved by God and have been since the beginning of time. Nothing can ever separate you from God’s love. Repentance means that you are forgiven and free from even the most shameful secret sins. God accepts you and lavishes his grace upon you. You are not just ‘good enough’, you are perfect! When God looks at you, he sees nothing but the perfection of Christ, because he took your place on the cross. You are redeemed and on a journey into healing and wholeness and holiness. God has an incredible plan for your life, and he is working all things together for your good even now.

And that’s the truth of the matter—unleash it every day!