Out of the shadows | The Salvation Army
Skip to main content

Home / Church Community / Articles / Out of the shadows

Out of the shadows

Family violence offences in Christchurch jumped by over 50 per cent after the Canterbury earthquake on 4 September. 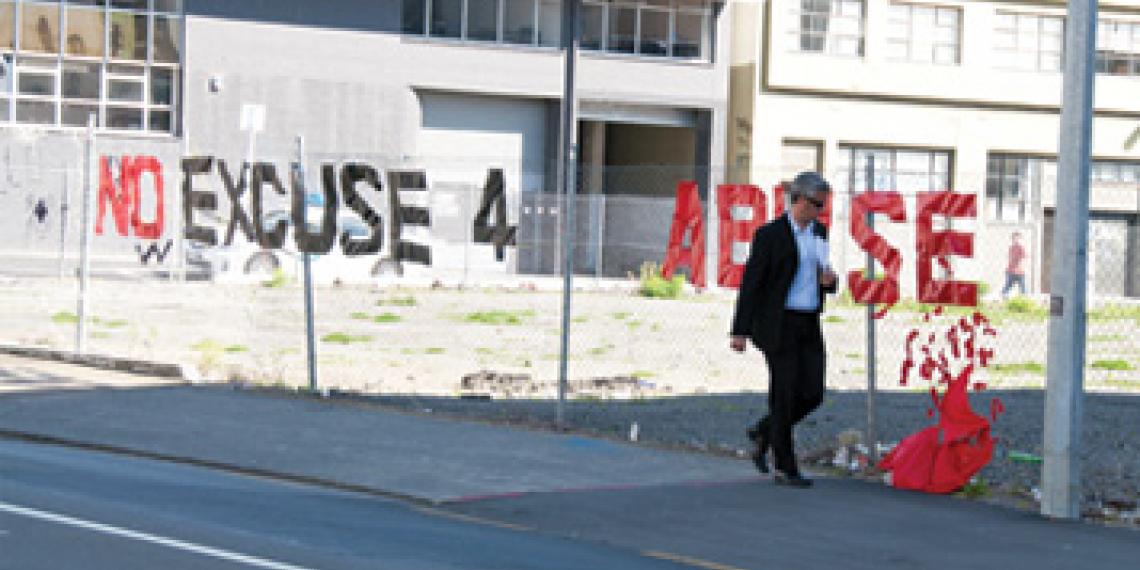 As we lead up to that most idyllic of seasons, statistics also show that family violence will escalate over Christmas. ‘Financial stress, alcohol and pressure to spend more than people can afford are some of the contributing factors that result in Christmas being remembered for all the wrong reasons,’ says Trish Green, who heads up the highly successfully ‘It’s Not Ok’ campaign.

In 2007, ‘It’s Not Ok’ hit our screens with TV ads that powerfully told the stories of violent men who had turned their lives around. As a result, other Kiwi men have come out from the shadows and asked for help. ‘I felt like it was me up there on the screen,’ says Ihaka, who was using P and abusing alcohol. ‘What they used to do, that is what I do. I feel like a monster. [The ad] said, “It’s ok, we can help you” so I wrote the number down.’

Campaign researchers conducted in-depth interviews with 37 Kiwi men who had been violent. They found that a lack of understanding about what family violence is, and a failure to recognise it in themselves, contributed to the men’s behaviour. One man said he was ‘horrified’ to discover that it isn’t ‘just about whacking your wife’.

‘There’s that sexual thing, financial, and emotional, physical; you know, the whole lot,’ he said. ‘For a significant number of men in this country, dominating the family is a normal way of life. In its own way, even though that’s not violent, it’s a violent way of having a life.’

Perhaps most disturbingly for the Church, the men strongly defined their masculinity by the traditional Christian values of being a provider, protector and the ‘head of the house’. They had strong views about male and female roles, and tried to regain control or assert their authority by using violence. ‘I had been brought up where there was no discussion at all and then it was like: hang on, if I’ve got an opinion and you’ve got an opinion and your opinion is different to mine, I really hadn’t learned how we get to a resolution,’ said a 35-year-old man.

The good news is that in each of these interviews, the men received help for their violent behaviour. And that’s exactly what the ‘It’s Not OK’ campaign aims to help men do. ‘People who have stopped using violence say the hardest part is admitting they need help to change their behaviour. Changing your behaviour takes courage, but brings life-long rewards,’ says Trish.

This year, the TV ads are focusing on another essential element in bringing family violence into the light: the role of onlookers, wider family, friends, neighbours and workmates. ‘The ads are about helping people break through their fear to help, and more importantly, encouraging people to provide effective support, rather than offering judgmental and potentially harmful help,’ says Trish.  ‘It’s ok to get involved—you could save a life.’

By Ingrid Goodwin (Adapted for web from War Cry magazine)

How can I help?

Break the silence: Talk about family violence in sermons, in small groups and in your church

Call it family violence: This includes any behaviour that makes someone else feel controlled and fearful. It may be psychological, sexual, physical or emotional, such as using intimidation, threats or name-calling.

Make it ok to ask for help:

Do any little thing you can to help:
‘I didn’t know what else to do so I said I’d take the children for an hour or two,’ said one person who cared enough to offer help.