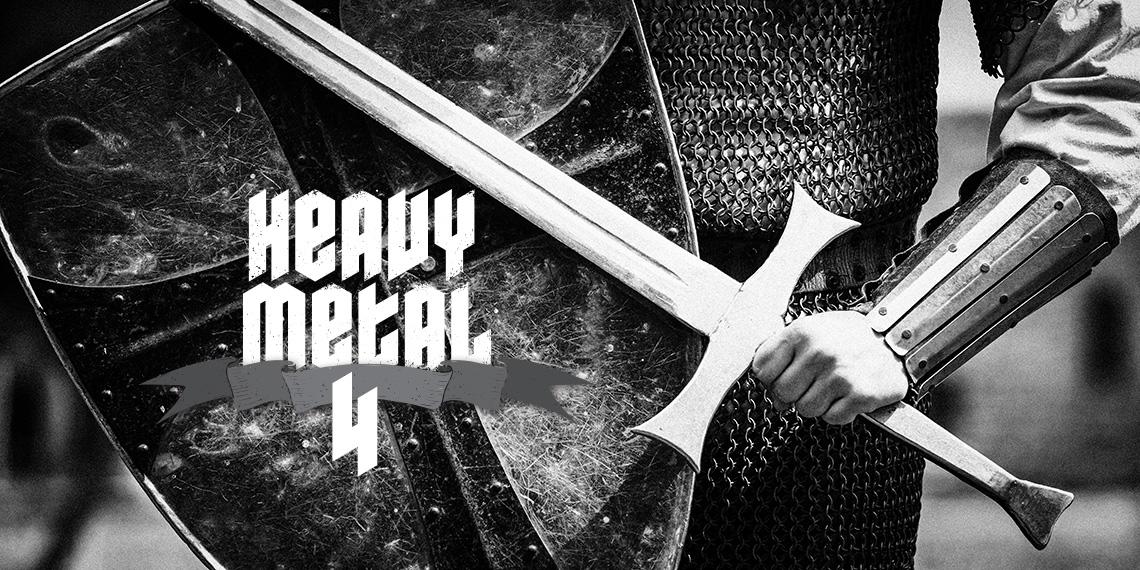 In part four of this occasional series on the armour of God, we learn the difference between ‘putting on’ and ‘taking up’ certain pieces of spiritual armour.

Often in life it can be helpful to define something by its opposite; for example, hot and cold, lost and found, wrong and right. But there are some concepts that don’t easily fit into this pattern. Faith is one such example. Early in my Christian walk, I thought that the opposite of faith was doubt. Somewhere along the way, I’d heard it said that ‘faith and doubt are two sides of the same coin—you can’t have one without the other’. I took this to mean that they were opposites. To have faith meant that I mustn’t doubt, and if I was doubting, I must be losing my faith. Over the years, I’ve learnt that nothing could be further from the truth.

Faith and doubt make up two sides of the same coin, not because they are opposites, but because together they make up the basis of the faith experience. Faith has the power to banish doubt when we exercise it; conversely, doubt can lead to even greater and richer faith when we acknowledge and explore it. God is largely a mystery to our finite minds after all, and it’s only because God so graciously bestowed the gift of faith upon us that we can even begin to know him and scratch the surface of understanding his character. Anne LaMott puts it beautifully when she explains: ‘The opposite of faith is not doubt, but certainty’. Essentially, there would be no need for faith in God if we were certain of everything and had no doubt at all.

Hebrews 11:1 not only reminds us, but reveals to us, that faith is defined by both its close relationship to doubt, and its clear opposition to certainty: ‘Faith is the evidence of things unseen, the substance of things hoped for’. The life of faith is expressed not so much in the certainty of the moment, but in the uncertainty of the moments to come—which is why we must live out our faith through our actions. Action activates faith.

The shield of faith is different in that we are commanded to actively ‘take it up’ when the battle begins.

Priscilla Shirer makes this plain in her Armour of God study (2015). ‘Faith is one of the most overused and yet underutilised expressions in Christian circles—which is completely backwards, because talking about faith is not the same as having faith. Plain and simple, faith is an action.’

the process of adapting your behaviour, your decisions, and ultimately, your whole lifestyle so that it accords with what God has asked you to do—without needing to see the evidence that it will all work out in the end. In fact, the thing that makes faith, well, faith, is when—like Daniel, Rahab and the children of Israel—you choose to act in accordance with truth despite the fact that you can’t see what the outcome will be. The act of faith is what becomes a shield of protection to guard against the enemy’s attacks.

So far in this series we have considered pieces of spiritual armour that must be ‘put on’ and worn continuously—truth, righteousness and peace—as a sort of uniform. The shield of faith is different in that we are commanded to actively ‘take it up’ when the battle begins.

Priscilla helpfully explains it like this: ‘A nurse might wear scrubs every day to work because that’s her basic uniform. But when need arises, she will ‘take up’ a stethoscope, blood pressure machine, thermometer, or any number of tools to use on her patient.’ Like a nurse, we have to ‘put on’ our basic armour, but we also must actively ‘take up’ specific battle equipment as the fight heats up.

Not if, but when

Ephesians 6:16 says, ‘In addition to all this, take up the shield of faith with which you will be able to extinguish all the flaming arrows of the evil one’. The Apostle Paul is alerting us to the benefits of ‘taking up’ the shield of faith. Paul is acutely aware, and wants us to understand, that when we step out in faith and obedience, the attacks will come because the enemy knows the power of faith—it’s not a case of if, but when.

In the time period Paul was writing, there were typically two types of shields used by Roman soldiers. In Ephesians 6:16, Paul was not talking about the small round one, but a larger, oblong shield called a scutum. This unique shield was shaped almost like a door and so large they could cover a soldier’s whole body when in a crouch position. They were constructed from planks of wood fused together. Canvas covered the wood, with an outer layer of leather. A central iron hub was built into the shield, and iron was also fused onto the extreme edges of the shield from top to bottom. During close combat this enabled the shield to withstand the hard-hitting strokes of an enemy’s broadsword.

As indicated by Paul, Roman armies also faced ‘flaming missiles’ from their opponents. So while they would naturally use a shield for protection as they advanced, when ‘flaming arrows’ were launched a different strategy was employed to extinguish them effectively. Soldiers dipped their shields in water and then linked them together overhead. This ‘turtle formation’ saw water-soaked shields create a damp, dense shell of protection that deflected arrows and made any that penetrated easy to extinguish.

‘Don’t miss the irony here,’ Priscilla says. ‘The enemy sends flaming arrows into your life specifically when you’re being asked to walk in faith. Those arrows are deliberately intended to disable you from doing the only thing that has the power to extinguish them: walking in faith! [The enemy] knows that if you push past the insecurity of doubt or fear that’s burning in your soul, choosing instead to believe the truth of God and walk in accordance with it, you’ll erect a shield of protection that will smother his plans. Faith causes fiery arrows to fizzle out.’

‘The opposite of faith is not doubt, but certainty.’

It’s not about us

Just as we may have misappropriated the two sides of the same coin illustration, we also need to be careful and clear about faith. Many readers will have heard the chair illustration—we exercise faith every time we sit on a chair. The truth is, we can possess all the faith in the world, but that faith doesn’t make the chair any stronger. Increasing my faith is not the answer to this quandary; however, becoming better acquainted with the strength of the chair is. Similarly, the stronger I discover God to be, the more willing I’ll be to put my faith in him. Faith is not so much about us, as it is about God. Faith is not quantified by our human capacity for belief, but rather on how trustworthy the object of our faith is. We can be certain about who God is and what he says, and still be uncertain about the future he calls us to—hence the need to actively exercise faith in God.

Faith requires risk. It can be scary trusting God, which is why wisdom is important before stepping out in faith. Taking time to pray, listen and discern what God is saying—as well as seeking wise counsel—is important and ensures we are not making impulsive or foolish choices. But once we have clarity on what God is requiring of us, it’s time to move forward in active faith.

And that, explains Priscilla, ‘is your shield—covering and protecting you from the evil one’.